Back in December, ADCC head organizer Mo Jassim announced the first woman to be inducted into the ADCC Hall of Fame. That woman is none other than Kyra Gracie.

Gracie is the youngest champion in ADCC history.

Kyra won her first ADCC championship in 2005 on her 20th birthday. This was the inaugural women’s 60kg weight class for the ADCC. Gracie owned this division for 3 years.

Thank you, Kyra, for being a pioneer for women’s Jiu-Jitsu and congratulations on a well-deserved Hall of Fame induction. 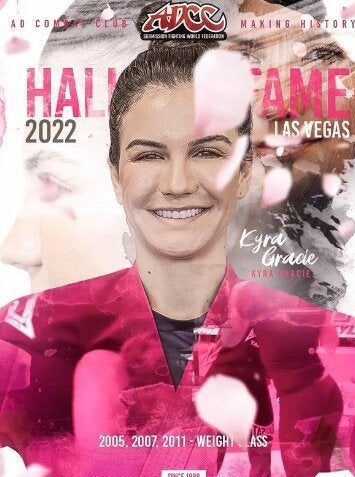 ADCC Committee and the ADCC Words 2022 organizer Mo Jassim had decided to create a Hall of Fame for ADCC legends throughout the years of ADCC World events and the Hall of Famers will be invited to attend a ceremony at the 2022 World Championship, at Thomas & Mack in Las Vegas, Nevada.

By Brian Jensen 4 days ago

By Brian Jensen 2 weeks ago

By Brian Jensen 4 weeks ago

By Laura Kent 1 month ago

By Edward Carbajal 1 month ago