Dana White’s Tuesday Night Contender Series (DWTNCS) will return to UFC Fight Pass beginning June 12.  The show which is filmed at the Ultimate Fighter Gym in Las Vegas pairs top fighters from regional promoters against one another with the opportunity to earn a UFC contract should they impress organizational frontman, Dana White.

According to a report from MMAJunkie, “Nevada State Athletic Commission officials recently revealed that Dana White’s Tuesday Night Contender Series, which operates independently from the UFC, has applied “for a program permit to promote a series of mixed martial arts events” to be held between June 12 and Aug. 7.” 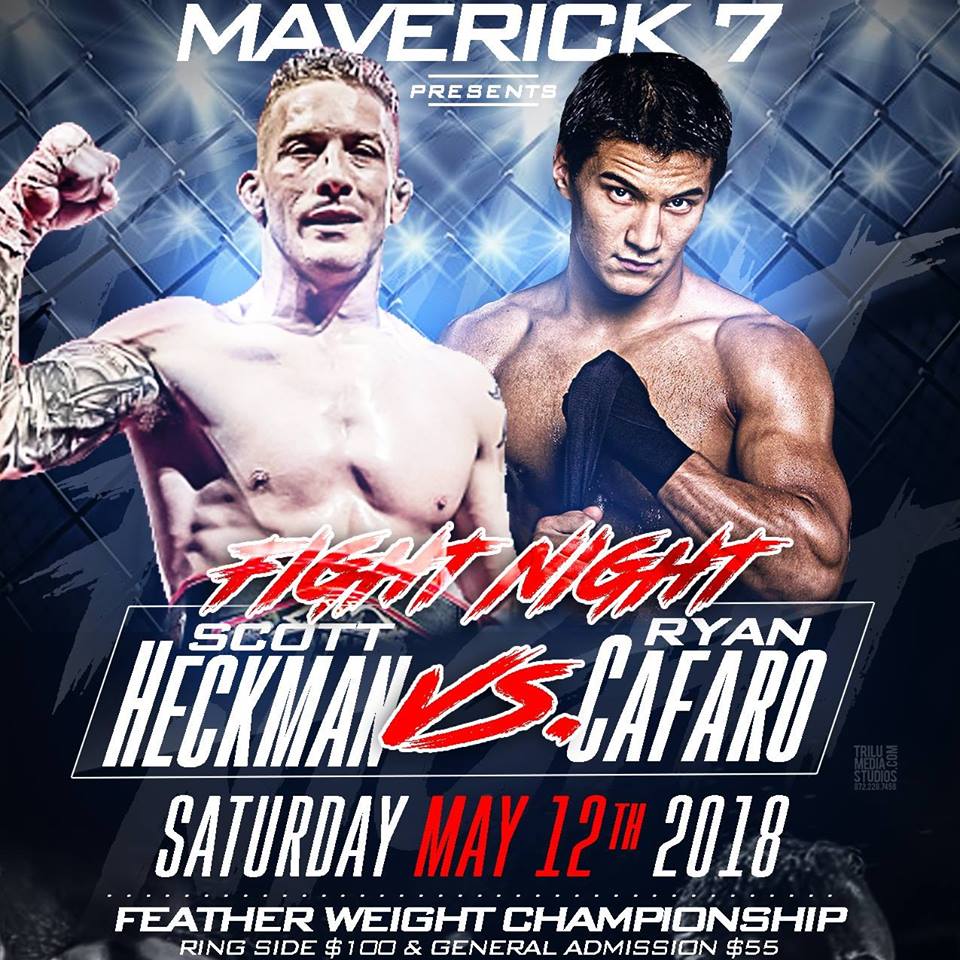 Heckman, 33, has won five consecutive fights since coming out of a brief retirement from the sport of MMA, all under the Maverick MMA banner.  Of the five bouts, three were submission finishes, and three were title defenses.  His storied professional MMA career dates back eight years to 2010 and tells a tale of 26 wins with 8 losses.

Around the same time that Heckman was turning pro, Cafaro was beginning his amateur career.  “Korean Thunder” made the leap to the pros at Bellator 108 in 2013. He now carries a 6-2 pro record to the cage on Saturday.

Could the winner of this Maverick MMA 7 bout be headed to Dana White’s Tuesday Night Contender Series?

As the most recent Maverick MMA fight card, Maverick MMA 6 in April, Chris Birchler lost a decision to former UFC fighter Matt Hamill.  While Birchler picked up the loss it has been reported by MMA-Today.com that the Carnicella MMA competitor will get a shot on the DWTNCS this summer.  Birchler’s fight is reportedly scheduled for July 24 against Jim Crute.

Still with vacancies on the season according to the MMA-Today report, and one fighter already plucked from the Maverick MMA talent pool it is possible that we see either Cafaro or Heckman fighting for a UFC contract later this summer.

MyMMANews.com will be at the Econo Lodge on Saturday with live results.  See you at the fights.

How popular is MMA betting in Europe vs the USA?

MMA betting mistakes that you must steer clear of