The biggest fight in Muay Thai history will be a BKFC “Special Rules” Bare-Knuckle Muay Thai fight. This long-awaited battle between decades long rivals is being targeted for a location in the Middle East and will be broadcast globally as part of the BKFC+ Subscription on the BKFC App.

“Once we started working with ‘Buakaw’ and ‘Saenchai’ earlier this year, it became very apparent how big of an international, game-changing event this would be for combat sports,” said David Feldman, President of BKFC. “They’ve both had legendary careers and competed in many of the most exciting Muay Thai fights in history. Combat sports fans have always had very strong opinions about who would win, now they’re going to take the gloves off and finally settle their score.”

“We’re working on solidifying the site and targeting a location in the Middle East which we will announce shortly. The fourth quarter this year is huge for BKFC with numerous events all over the world, however, the upcoming announcements we have for 2023 will make headlines in the sports and entertainment world throughout the year.”

‘Buakaw’ made his successful entry into bare-knuckle fighting with a first-round knockout of Erkan Varol on September 3, 2022 at BKFC Thailand 3. His overall combat sports’ record is 241-24-12 with 74 victories coming by stoppage.

‘Saenchai’ has compiled an overall combat sports’ record of 327-49-2 with 41 wins coming by stoppage. He will be making his bare-knuckle debut against ‘Buakaw.’ 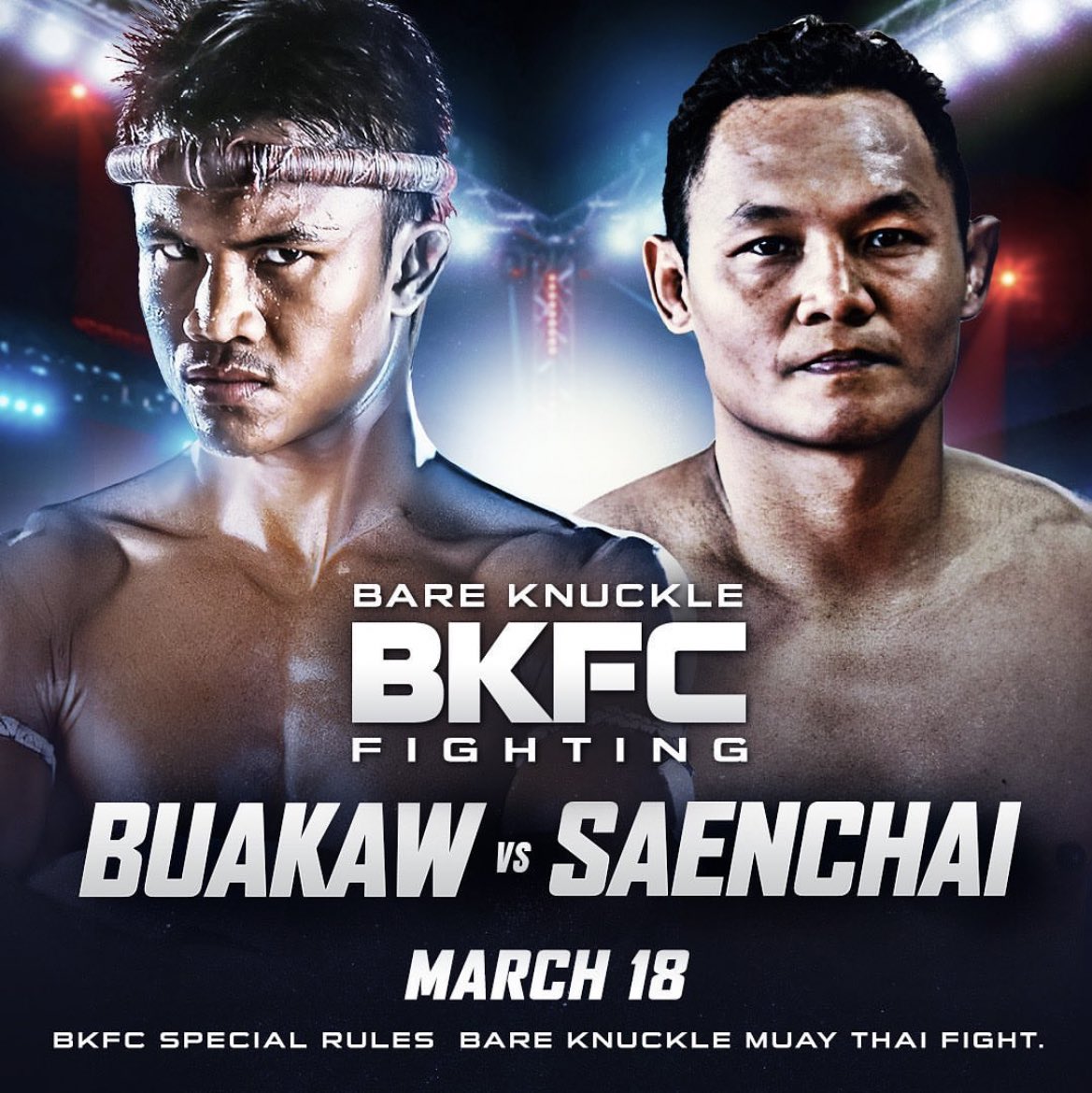