Patrick “the Brick” Brady continues his march to the next level on July 16th, as he headlines Art of War Cage Fighting 25.  AOW makes their debut at the massive, beautiful Newtown Athletic Club and the 38-year-old heavyweight Brady will keep moving forward to try and remain undefeated (2-0) as he welcomes Cam “The Big Mac” Graham in the evening’s main event.  Graham is 4-8 but is coming off of two consecutive TKO wins and is a very game competitor who has much more experience.

Brady has really elevated his game in less than four years in the sport and has found a very comfy home at Martinez BJJ, where he has a host of teammates pushing him constantly, including Kyle and Chris Daukaus, who are both currently in the UFC as well as a room full of other active and successful fighters being guided by one of the best in the world, Will Martinez.

MyMMANews took a short trip to check in with Patrick Brady as fight week commenced.  I asked Brady what he and I will be talking about in the cage after the fight and he says…

“The next step.  If everything goes as planned, I’m going to win this fight.  One at a time.  Then onto the next one and hopefully secure that UFC contract in the future.  I have signed with Iridium and they tell me to just continue to win and I could get a chance which is unheard of for someone my age.”

Brady is a young 38-years-old with only eight fights in his career and has used his maturity and wisdom to his benefit when it comes to balancing work, family, and training.  Brady has also done a fantastic job that many younger fighters should pay attention to, and has gained many fans through social media and that has helped him garner sponsorships and a plan that he expects to fulfill.

Please check out our full interview on the link above.  Special shout out to Apollo Pre-Owned for hosting us and especially for supporting mixed martial arts fighters who are working hard to reach their dreams of getting to the top.

You can attend AOW 25 at The Newtown Athletic Club located at 120 Pheasant Run, Newtown, PA 18940 or you can order the PPV stream through the Starfund App.  First bell is at 7pm. 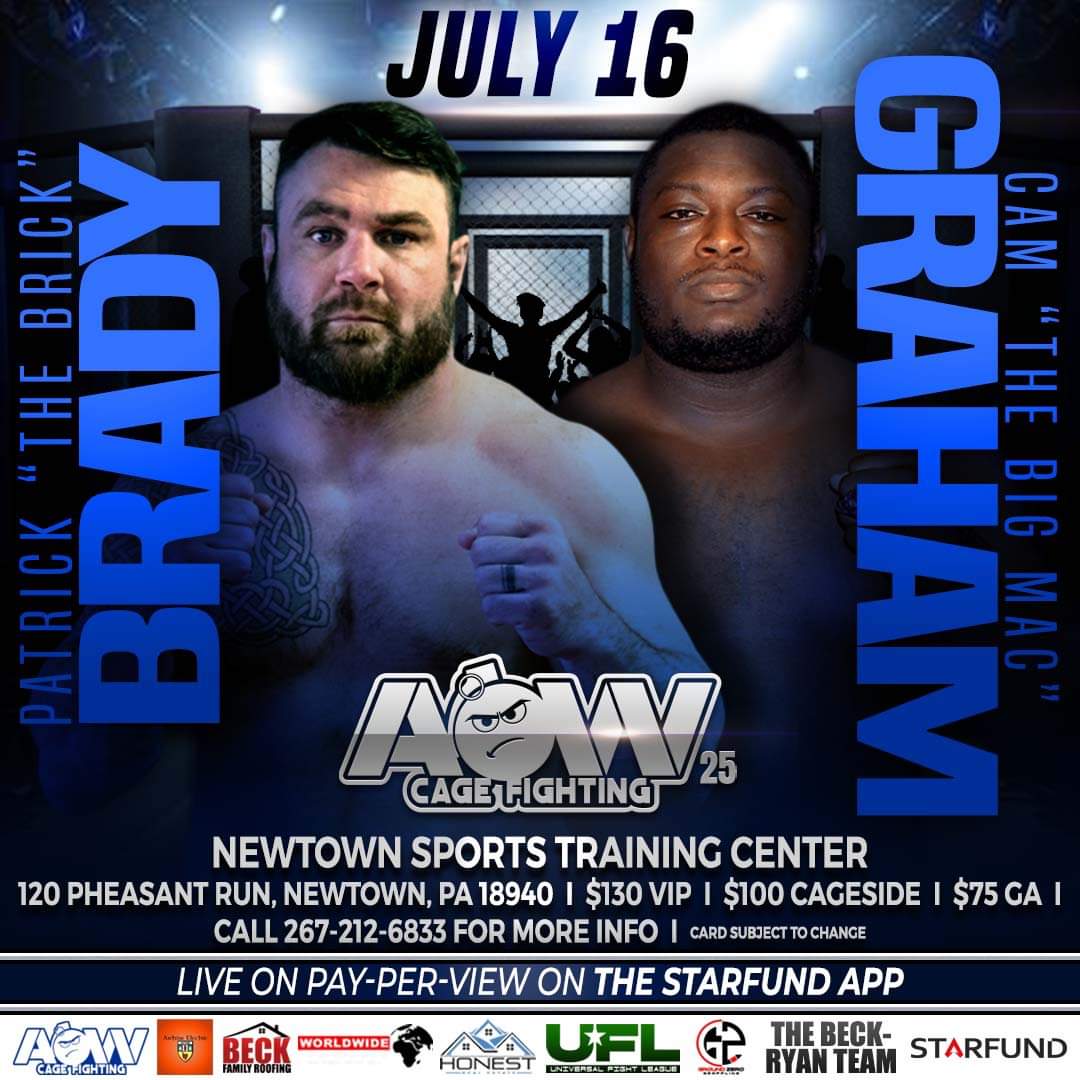