CFFC 75 will air live on UFC Fight Pass on May 25. The CFFC 75 event takes place at the Spotlight 29 Casino in Coachella, California.

Heading into his fight at UFC Fight Night 136 in Moscow, Terrion “Flash” Ware knew he had to win his fight to stay in the UFC. But it wasn’t meant to be as Merab Dvalishvili was able to take Ware down and control the fight to win a unanimous decision. With that loss, Ware was officially released by the UFC, what was most dissatisfying for Ware during that fight was that he tore his shoulder during Dvalishvili’s first takedown and felt his chances of winning slip away.

“It was frustrating, at the beginning of the fight I hurt my shoulder. And it was like, I put so much time and so much work in going into that fight and I knew I had to win that fight to stay there. When I hurt my shoulder, it was like “ah come on man”, another obstacle, another thing. My thing was, do whatever I can to win the fight, try to get a knockout blow, it just never came. Hats off to Merab, he had a good game plan, he was able to execute. It was just frustrating to me the entire fight. It was probably the most frustrating fights I’ve ever been in.”

Until I can’t anymore till the wheels fall off….. this sport doesn’t always love you back but I will always love this sport it’s taken me further than I ever thought possible when I started and I’m not even close to wanting this to end……I’ve met some of my best friends in the world thru this sport and experienced so much and still have a lots of awesome memories coming 📷: @vincetheanomaly

Turns out, that Ware had a tear in his left rotator cuff. It took him eight weeks before his shoulder felt normal and he was able to train effectively. During that time, Ware was able to reflect on his time with the UFC. Obviously, it did not go as expected, but he did face four of the top prospects in the UFC’s bantamweight division. His first fight was against Cody Stamann who is currently ranked 11th in the UFC’s bantamweight division, Sean O’Malley who is undefeated in the UFC, as well as Tom Duquesnoy and Dvalishvili who are held in high regard in the UFC. Ware knew he would keep on fighting, but he had to figure out what his next steps were and if he would have the motivation to compete.

Back at it again I love this shit till the wheels fall of….. non stop aggressive violence coming to a desert near you tickets coming soon #CFFC #mma #terrionware #boxing #muaythai #wrestling #jiujitsu #fightpass

“Obviously it didn’t pan out the way that I wanted it to or thought it would and just coming to terms and realization that I worked my entire to get here and now it’s over. So its like ok, what do I do now, what are the steps I take now. I never questioned whether or not that I wanted to do this because I love to compete, I love to compete, I love training. It was a matter of is the motivation going to be there? Is it going to be fun? I struggled with that for a little bit, having the time off, being injured, spending time with my family really made me appreciate it a lot more. Cause I wasn’t sure if I was going to be able to do it, or have the motivation to want to keep doing it outside of learning the sport. Having that time off just motivated me even more. Being around my training partners and seeing them fight made me want to get back in there. But having this long layoff, being able to fix some things, reflect on the things that need to get done in training. Getting this time off has been helpful and I can’t wait to get back in there.”

The likelihood of Ware making it back to the UFC is slim. Not many fighters are given a second chance at 33 years old, but even knowing that, it isn’t stopping Ware from trying.

“My thing is, I’m 33 and it’s not very often if ever that guys get cut from the UFC and make it back at my age but I plan on making one hell of a case to get back there and prove that I belong there.”

To do that, Ware is taking on any and all challenges he can get, the tougher the better. His first test outside of the UFC will take place at Cage Fury Fighting Championships CFFC 75 on May 25 against Jordan Winksi. Before Ware was signed by the UFC, he was targeting former UFC fighters to make a name for himself. Now he will have a target on his back, but he welcomes it.

“It’s going to be fun, before making it to the UFC it was hard to get fights, because I fought so often and guys saw me fight, it was hard to get fights. Having a target on my back, I’m hoping guys are like, he was in the UFC, let’s try and get a win off of him, rather than, oh I want to fight this guy, he was in the UFC. Which I experienced a little bit, that’s why it took me a little longer to get a fight. I was actually trying to get a fight, December, January and February but couldn’t get me fights, glad to get me one right now.”

Going from the bright lights of the UFC to a local venue and a less known promotion might not garner the same motivation for many people. However, Ware says it doesn’t matter who he is fighting or for whom he is fighting for, it’s all about the competition.

“To me it comes naturally, I love to compete, I’m very competitive, no matter whether I’m fighting for the UFC on the biggest stage or I’m playing a video game at home with friends, I want to win just as bad.”

One of the benefits of fighting on the regional scene is that Ware will be close to home for the first time since signing with the UFC. He most recently fought in Russia and before that he fought in London. Flash will have the opportunity to get back in the win column in front of his friends and family. But standing in his way will be Jordan Winski. Winski is not a gimme fight by any means, entering the bout with a 10-2 record. Of his 10 wins, six of them were finishes, including his last win over Flavio Carvalho via a TKO in the second round. Winski also has a win over current UFC fighter Andre Ewell.

To ensure improvement upon his return to the cage, Ware has made changes to his training camp. He is now training with Blackhouse MMA and CMMA (run by Chad George) where he has improved on what many consider to be his most glaring weakness, his wrestling.

“I’m getting a lot more wrestling, a lot more grappling. Day in and day out, four or five months of me getting my butt kicked. Wrestling, just getting better, just diving into that. I’ve made great strides in my grappling and it’s going to show up and I think that’s going to make to be the difference.”

Though he believes he has made great strides in his grappling game, Ware plans on sticking with his strengths and not letting his ego loose against Winski by shooting for ill-advised take downs to try and show off his new skills.

“I’ve bee in this game long enough to know that ego is not a good thing. So trying to go out there and trying to prove something it can be dangerous, you can get caught. My game plan, I’m going to follow in the way my coaches want me to do and then improvise on anything that happens during the fight. I’m not going to go out there and try and take him down for the sake of trying taking him down. If it’s available and it’s there, I’ve been working on it, I’m not going to force anything to try and prove something.”

Ware believes that his key to victory is pressure, which will get him the finish.

“Putting pressure on him and using my speed and my quickness to out strike him and I think I’m going to knock him out.” 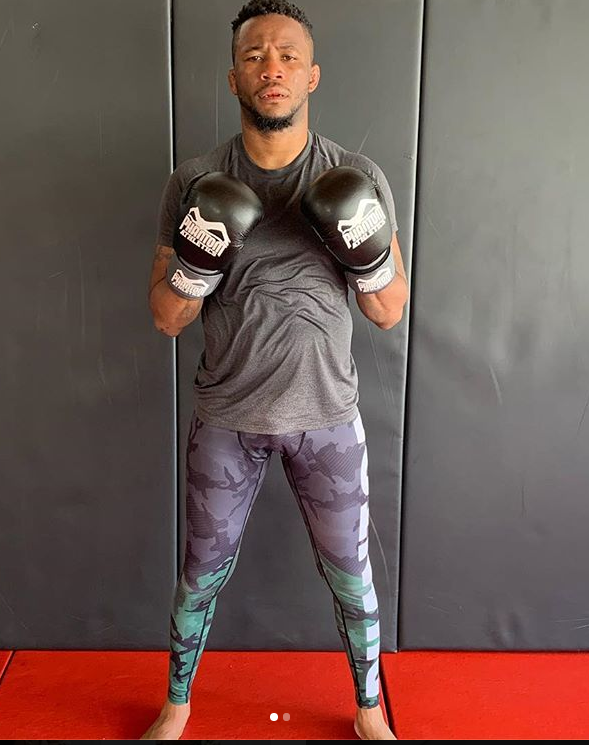