There have been seven first round finishes tonight, setting a UFC modern era record.

Yesterday Alexa Grasso missed the 116-pound limit for her strawweight fight against Randa Markos.  Grasso was fined 20 percent of her fight purse but the fight would go on as scheduled.  Grasso earned a decision victory in her home country in a very exciting fight.

Niko Price moves to 10-0-1, remaining undefeated after a first round TKO over Alan Jouban.

Former UFC light heavyweight champion Rashad Evans met Sam Alvey in a middleweight bout.  The fight wasn’t the most entertaining one on the card but Alvey was able to earn a split decision win over the former 205 pound champion.  Where Rashad will go after this remains to be seen.

Dustin Ortiz put on a spectacular performance, knocking out Hector Sandoval.  It was the fastest knockout in UFC flyweight history, just 15 seconds.

Jordan Rinaldi became the fourth fighter in UFC history to win a fight using the Von Flue choke.  Jason Von Flue and Ovince St. Preux were the other two. 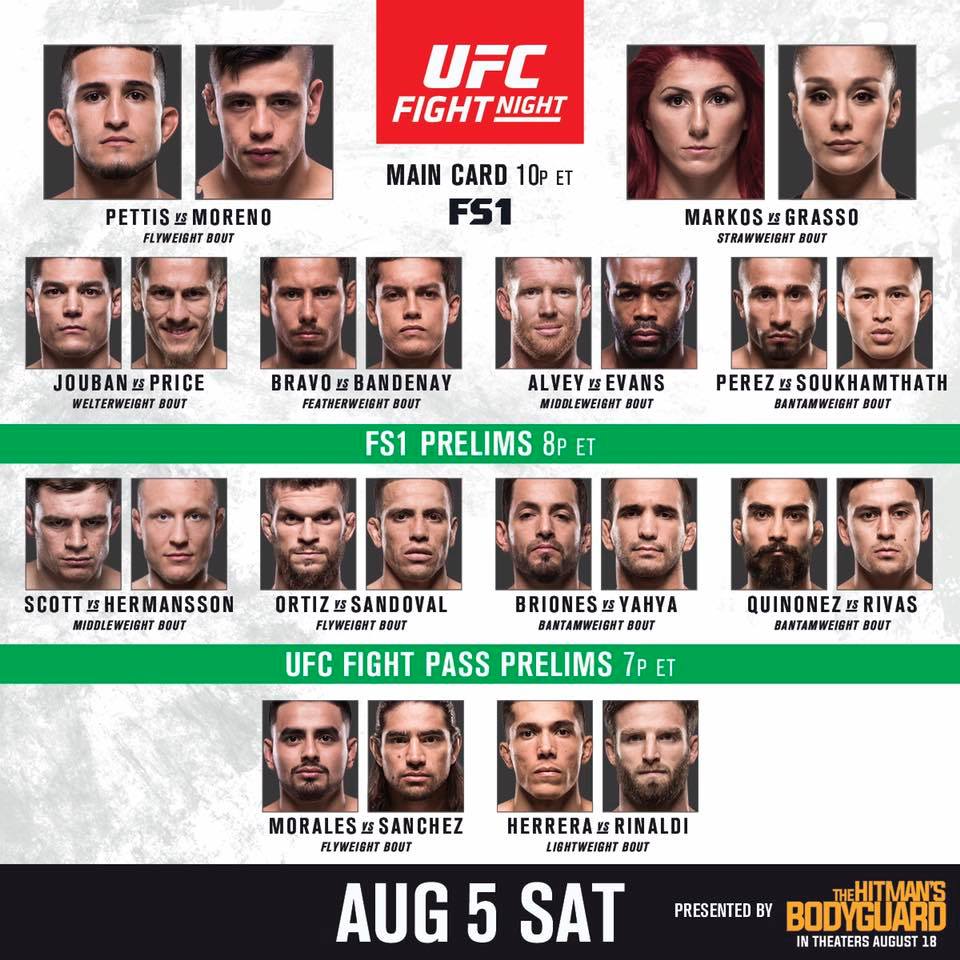 This day in ONE Championship history: N Sang vs Bigdash II