USKA ‘A Night at the Fights’ is scheduled for October 5 in Allentown, PA and the main event has USKA President Gary Grant Jr very excited.  Cole Fetzner will be traveling down from Canada to face Davis Oracio in a pro Muay-Thai rules bout for the 185 lb Championship that pits two heavy hitters capable knocking anyone out with one punch, kick, knee or elbow.

Growing up in Ottowa,Ontario, it’s natural for young men to play hockey since it’s the nation’s most popular sport.  Cole Fetzner was no different.  He started out playing hockey. He tells MyMMANews…

“Growing up in Canada I was a hockey player and when I got drafted into the higher ranks I found what I could offer a team was fighting. I was good at fighting people and the more violent side of hockey. So I played out my pro career until I was about 20 and I found out that I liked fighting more than I liked all of the handling the puck in between. Some of my coaches told me since I liked fighting so much, you should just go fight.  As soon as I turned 21 and my eligibility came up I made the move over to Muay-Thai. I had an extensive amateur career and then I started fighting some pro Muay-Thai and some MMA.”

You can see our entire interview in the link above.  Cole and his team at West Side Muay-Thai will make the trip down south to Allentown and be looking to take home that belt.  He has seen a couple of Oracio’s fights in person as they have been on the same fight card before. Fetzner leaves the film work to his coaches and has complete confidence that his team will put together the proper strategy and make the in-fight adjustments to get the job done.

MyMMANews will be at USKA with live results and post-fight interviews. 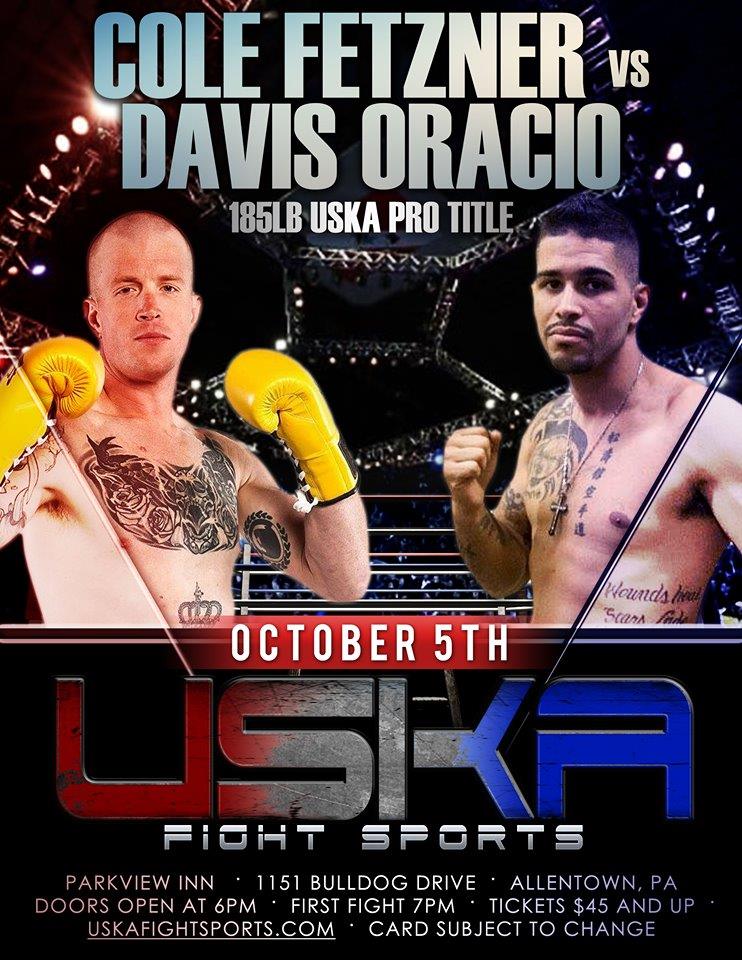 Jono Carroll on being a playable character in a video game