On November 23rd, 2019, Kermit Cintron is hoping to get his 40th professional boxing career win inside the ropes. With that win, Cintron plans to call it a day on the sport, thus ending his illustrious boxing career of facing the best of his era. He’s seen the best and he’s beaten some of the best but his newest adventure to add to the resume is one to scratch a lingering itch that dates back to his high school days.

Before Cintron became one of the worlds elite boxers in his respective weight classes, Cintron was a standout high school and collegiate wrestler. Attending William Tennent High School and continuing his education and wrestling at Thaddeus Stevens College of Technology.

Cintron took his focus and sports thirst to boxing after his academics, making his first appearance as an amateur at the age of 19, turning professional only 2 years later in 2000. Cintron’s resume and legacy speaks for itself in the world of boxing, so while attending Cowboy Fight Series 3, when I heard that Cintron would be in fact making his long-time rumored MMA transition a reality…My heart jumped a beat at the opportunity for details. So many questions would finally be answered as Cintron was widely considered the most likely athlete to cross compete successfully by so many insiders over the years…So, off we went to the fighters locker room area for a one on one with Cintron to hear it from his own mouth.

“Hopefully in the next 6 to 7 months you’ll see me in the ring…Well actually the Octagon.” – Cintron says about when to potentially see him in the cage.

It’s no secret Cintron has been open to the idea of competing in MMA previously, stating: “One time, the name Sean Sherk came up, and I was all about it! And that kind of died out so I continued with my boxing career.” Continuing with “I’ve tried! I’ve tried over the years to get connected to Dana White and see if I can get an opportunity but it never came about”.

“Hopefully this happens this time around!” –  Cintron concluded smiling.

Tune in above to hear all the fine toothed details from the Pennsylvania bred bruiser, Kermit Cintron about his final step through the boxing ropes, and moving onto a new world of mixed martial arts. 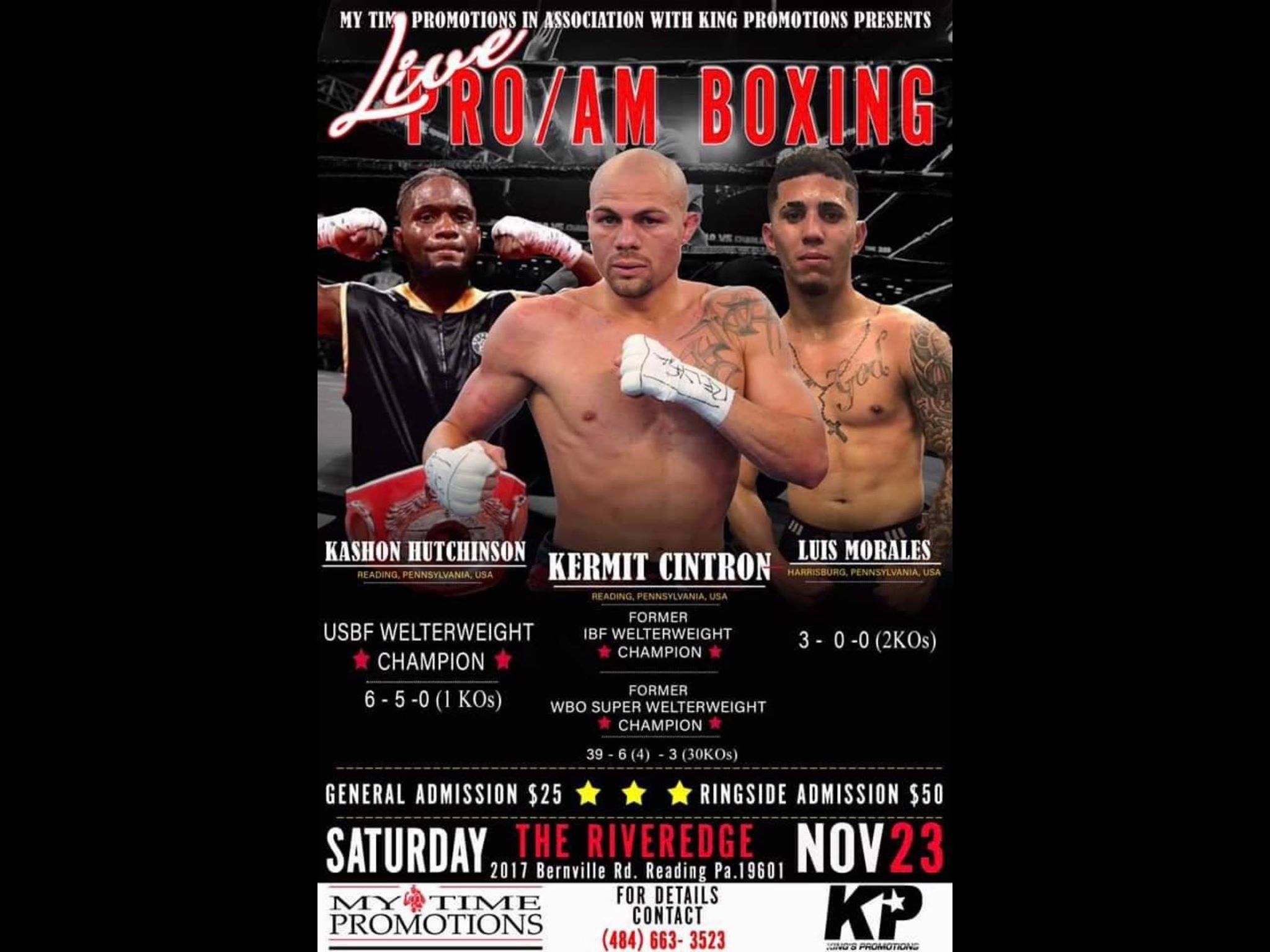 Matt Bessette: ‘I want blood, I want giving up’ at CES 60

By Mike Heck 8 hours ago