Do be sure to follow along as MyMMANews provides live results and event coverage of ESPN Africa Boxing 18.

ESPN Africa Boxing looked to close out the first half of the year in style with an explosive seven-fight card. The 18th instalment of the Africa Boxing series saw the best that the African continent had to offer as the DRC, Kenya, Tanzania, Malawi and South Africa’s finest clash. At the top of the card, the vacant IBF International Junior Middleweight Championship finally crowned a new champion. 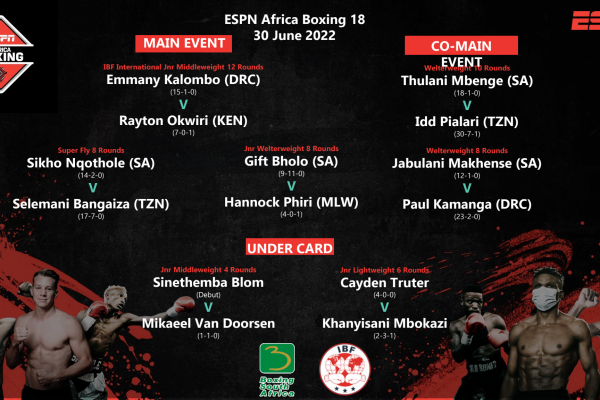