FOX Sports Reaches Agreement On a New Long Term Contract with The Fighter & The Kid Podcast After a Record Breaking Month of August with 2.8 Million Downloads 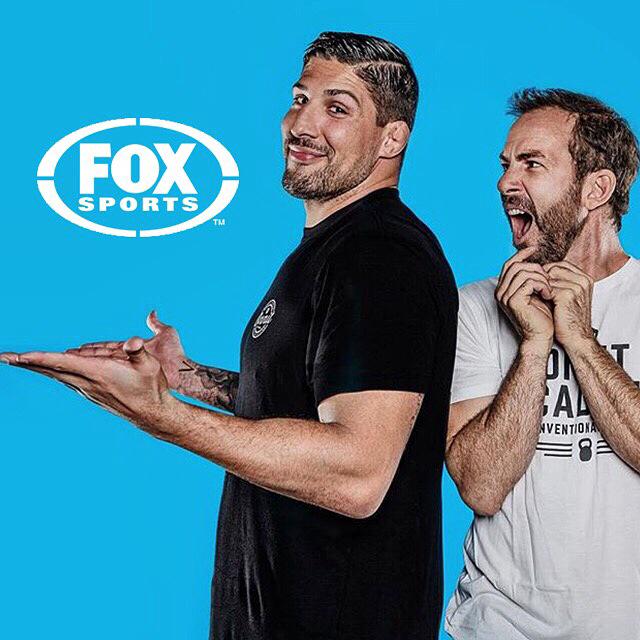 Marina Del Ray, CA. – Fox Sports and The Fighter & The Kid Podcast came to terms on a new multi-year deal after another record setting month. Hosted by UFC heavyweight Brendan Schaub and actor/comedian Bryan Callen, The Fighter & The Kid finished the month of August with an incredible 2.8 million downloads. The new deal includes a new multi-platform video series extension of the podcast.

The podcast is set to begin its third year on FoxSports.com and has been breaking their own record for downloads, month after month. Featuring guests from the entertainment and sports industries, The Fighter & The Kid is also available on Stitcher and ITunes. Schaub and Callen have produced an undeniable chemistry since the very beginning, offering listeners comedic relief, dramatic stories and an intimate look at the hosts chosen professions.

“Both Bryan and I are ecstatic to continue our strategic partnership with our friends at FOX Sports,” said Schaub. “By signing a multi-year, multi-platform deal and extension into both video and television, it will ensure the growth of The Fighter & The Kid Podcast.”

The Fighter & The Kid Podcast is proudly sponsored by Onnit, MeUndies and Draft Kings. Follow the show on Twitter at @FighterNTheKid, Schaub at @BrendanSchaub and Callen at @BryanCallen.