Tony Reid of MyMMANews speaks with former UFC fighter Leslie Smith for a “best of” question and answer session.

Best thing nobody knows about you?

Best advice you could give to a younger you?

“I wouldn’t change anything that I had done necessarily. Maybe I would take smarter fights. Maybe I would have given myself better advice, to get into the UFC quicker, if I would have a better record and if I had been pickier about what fights I took. Throughout my career I just took whatever fight that showed up in front of me. The only fight I ever turned down was one where I had been traveling for some time and I got offered a fight with Sara McMann on, like, three days’ notice. That was a big fight but I literally hadn’t even been training. That would be my advice to a younger me, to protect my market value by taking smarter fights.”

Best moment in your career so far?

“My fight against Jessamyn Duke was a great moment. That was probably the best moment. Fighting inside the Octagon. Everything with my coaches, everything we worked on came together inside the cage that night. Everybody who I had trained with, everybody who had invested in me, physically and emotionally leading up that fight. That was another great thing about it. It was a prelim fight on FOX, free on live TV. Knowing that all the people who showed me show much love and support got to see it and share the win that night was great.”

Best way to get pumped before a fight?

“I am usually sleeping. I’m usually asleep. That opposed of getting pumped up, right? If I start talking about the fight too much I get too excited. It’s like Christmas morning. If I’m sleeping and I wake up I can get up start bouncing around and get ready for the fight. If I was in the back, thinking about the fight getting all worked up for hours leading up to it I would be exhausted by the time I walked to the cage and the fight actually happened. So I keep calm leading up to it. I lay down, keep my eyes closed and relax.”

“I don’t get told I look like a celebrity or a movie star very often. What I usually get and it took me years to figure out and realize that I actually like it and it’s a positive thing is this…I always get told I look like someone’s sister or someone’s aunt or a friend that they used to have in high school. It happens every single day if I interact with people outside the gym. When I have conversations with people at the supermarket, at a restaurant or any place outside the gym we talk and I smile and they tend to say ‘It’s very nice to see you again.’ And I used to correct people all the time and tell them we have never met or that I’m not the person they think I am…their aunt, a long lost friend or something. I don’t correct people anymore. It just makes me happy to know they see some kind of comfort or familiarity around me. That’s what I get. Every so often I get the random ‘Hey you look like the lady from Million Dollar Baby’ (Hillary Swank) they give me that one. For the most part I look like someone’s friend or aunt and I’m fine with that.”

Best dinner guests? Three people, past or present, who would they be?

Best lesson life has handed you? 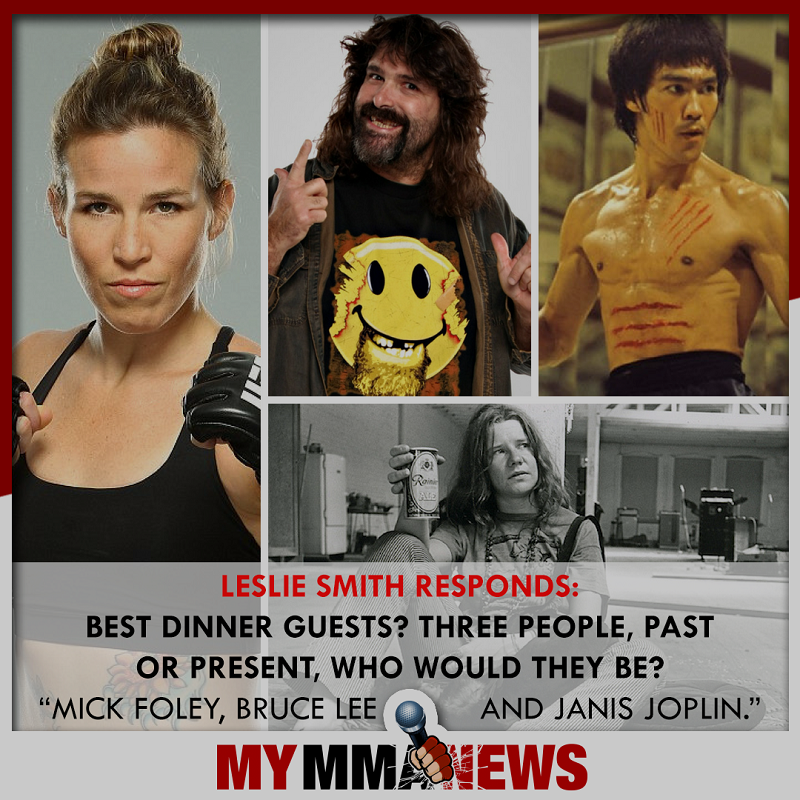 Chris Camozzi: “I need to win a one round fight!”

By James Lynch 21 hours ago