The desire to compete is a driving force for many of the athletes who decide to put on a pair of gloves and step into a cage. Bill Algeo is no different. After wrestling in high school, “El Senor Perfecto” Algeo needed a different release because he was not able to continue wrestling in college, which happened to have one of the greatest wrestling teams of all time. That college was Penn State.

Algeo did not love MMA before he started training. In fact, he had no intention of fighting after his wrestling career. He did watch a little bit of The Ultimate Fighter but mostly thought they were muscle heads who thought they could fight. But needing an outlet to compete in, Algeo found an MMA gym near where he grew up in Delaware County in Pennsylvania. He liked jiu jitsu because it was the closest sport to wrestling and he liked that it had tournaments that were structured similarly to wrestling. It was after a few tournaments that he decided to take a fight.

“I had no desire to fight but I kept competing in jiu jitsu and doing pretty well at it and decided I’m tougher than a lot of these jiu jitsu or mma guys I can just go in there and submit them worst case, so I just said why not, I’ll take a fight.”

The featherweight went from not having much knowledge mixed martial arts to it becoming his life rather quickly. Now the 28-year old (he will turn 29 the day after his upcoming fight) owns his own gym, Algeo MMA and Kickboxing in King of Prussia and has a pro MMA record of 9-3 and has also competed in professional Muay Thai bouts.

Algeo’s teaching career started when he moved to Penn State’s main campus, at the time someone found out he was a purple belt in jiu jitsu and asked him to teach at their gym. Now he balances teaching and fighting, a balance which is hard but not as hard as it sounds. 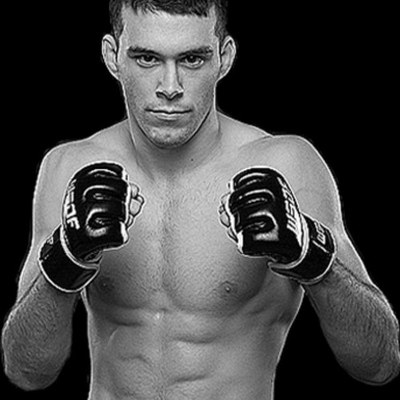 “I just prioritize that’s it. Like anybody else with their workouts, it’s just prioritize what gonna get done do that day and make sure you have time for it. If something doesn’t get done, it’s gonna happen either at night or the next day or real early, that’s it. Just make sure there is enough time to get enough rest. It’s not as difficult as it seems, you just have to prioritize.”

Teaching has helped him grow as a fighter as well.

“I think anybody who has to teach someone how to do it, you yourself get better at it. You start understanding more so not just about the techniques and how to throw things but how certain things work.”

Not only has he learned from teaching and training but he has learned from facing some of the toughest featherweights on the east coast. Fighting for promotions such as CFFC and Ring of Combat, El Senor Perfecto has faced the likes of Shane Burgos, Jared Gordon and Jeff Lentz. Though he lost to Burgos and Gordon, Algeo believes they were good experiences for him.

“I’m here to fight, I’m here to fight the best guys, regardless of how they went, I’ve lost to two UFC fighters, current UFC fighters. Of course it’s going to help me get better it’s made me realize, one, I’m right there but two I do have somethings to improve on and that’s all I’ve been working on, whatever I need to do what I think I have to do to get better.

“I’m not here to just take on chumps, I’m here to take on whoever. I think mentally that helps me as well cause I’m not a guy who needs to have a padded record. Whoever it is, let’s fight, let’s see what happens.”

Algeo was supposed to make his return to the cage on March 2 to defend the Ring of Combat featherweight title but his opponent, Tevin Cooke, pulled out minutes before the fight. Senor Perfecto, was not and is still not happy with Tevin Cooke, or as he now calls him, Tevin Shook.

“Tevin Shook you mean? You’re going to have to ask him. All I know is we were ready, and I was even bullshitting with him at the doctor’s meeting like two hours before we were scheduled to fight. It’s awkward we’re about to fight each other, but we have to stand in line, go to the doctor make sure our blood pressure, our heart rate is ok to compete and stuff like that ‘Whatever, what’s up man, alright good luck,’ that kinda thing. Everything was cool, I was just waiting, starting to get nerves, starting to get closer and closer to the last fight, I’m ready to go, I’m wrapped up, I’m starting to get a sweat going and then all of a sudden, I get pulled back stage and told it’s not going to happen for whatever reason. He’s throwing up or something, I don’t know what the exact reason is, I was told he was throwing up, but the guy basically asked him are you ready to go, you have to let me know right now and he said ‘no.’ And medically he was fine, according to whoever was there, the medics who were on scene for every fight. They said he was physically fine, just mentally, I think it was his first time under the bright lines, main event, fighting for a belt kinda thing. So I get it too, I had sixty people drive three hours in a snow storm to go see me whoop someone’s ass and ten minutes before the fight ya bailed. So yea it sucks,  I did all that work and now my record is still the same. Yea it sucks. Tevin F**ng Shook.”

Though this was the first time the fight was cancelled minutes before it was supposed to happen but it wasn’t the first cancelled fight in his career. According to Tapology, five fights have been cancelled in Algeo’s career do to circumstances beyond his control. Because of this, Algeo said it’s hard to get excited about a fight until he is in the cage with his opponent.

“It’s kinda hard to get excited for any kind of fight now. I’m excited once I win and once I do the things I know I can do in there.”

But he doesn’t think this will be a problem with his current opponent at ROC 63, James “Speedy” Gonzalez. Though he did say the same thing about Tevin Cooke.

“We’ll see come June 8th if the fight actually happens. I’m assuming it will, James has fought a lot too. So did Tevin Cooke, Tevin Shook rather, but you never know till their actually in the cage with you, that’s it. Even if they make weight, even if they’re looking fantastic the day of, you never actually know until they’re standing across from you on the other side of the cage and the ref says go, that’s it.”

As he mentioned, Gonzalez is an experienced opponent, he has a record of 4-2 with a win over the previously mentioned Cooke. The only two losses Gonzalez has are against Mike Trizano who is competing on the current season of The Ultimate Fighter and picked up a win (only one of his fights have been shown so far).

Algeo has respect for him but believes he is superior wherever the fight might take place.

112 Likes, 5 Comments – Bill Algeo (@elsenorperfecto) on Instagram: “Tickets are in…june 8th at the Tropicana in #AC be there #roc #mma #145lbchamp”

“James is good, he has a lot of competition but I think I’m just at a different level and I think he is going to realize that on the 8th.”

“This fight more than likely ends with me either TKOing him/ Knockout, or I’m fine with a three round decision too. I imagine James is going to be trying to go for takedowns or pulling guard or doing all kinds of nonsense, I’m not going to have any of it. I’m sure he’ll do like a typical jiu jitsu guy of waving me into guard. If he wants to play that game, it’s going to be a long three round just, where he is tired of getting beat up cause he doesn’t want to engage, he just wants to play jiu jitsu. Where I’m fine with that too, I’ll take that w however you want to give it to me.”

And he has a very simple message for his opponent.

“My message to my opponent is just please show up, don’t be like Tevin Shook and bow out ten minutes beforehand. Not only show up but be in the cage and let’s make this happen and put on a good fight. I know you’re going to be trying jiu jitsu and stuff like that too, it’s not going to work on me.“ 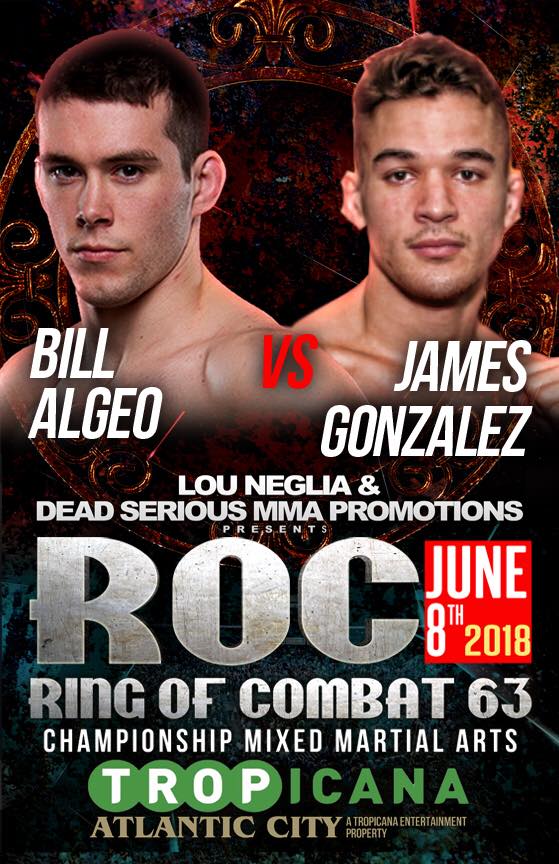