Donald Cerrone Cowboy Fight Series officials have named competitors in four of the five semi-final tournaments that the promotion will hold before the close of 2019.

We now know the date and the names of those who will be stepping into the cage looking to inch themselves one step closer to CFS gold.

“We are very excited about the outstanding young talent in our upcoming tournaments,” Hamper told MyMMANews.com. “These athletes are some of the best amateurs in the country. We will absolutely see some of these guys in the UFC one day.”

CFS 3 will take place September 28 at the Michael and Son Sportsplex at Dulles in Sterling, Virginia.  Below are the names of the fighters competing in the featherweight, lightweight, welterweight, and middleweight semi-finals.

The tournament brings together a conglomeration of champions and competitors not only from Cowboy Fight Series, but other top area promotions as well.

Several other champions making the jump to CFS for the opportunity are, Craig Willingham, Spartyka Welterweight Champion, James Lyons, Stellar Fights Champion, and Rex Hazuka, WFC Middleweight Champion.  Lyons is riding a five-fight win streak with Stellar Fights.  Willingham burst onto the amateur scene in May 2018 and has racked up four wins since.  Hazuka has been traveling the globe to start his amateur career with wins in Las Vegas and Hawaii.  He will have his hands full though in Virginia when he meets Zion Tomlinson who has six wins to his credit already.

Participants will need to pick up with a win at CFS 3, followed by another at the promotion’s fourth event to be held at a later date in order to be crowned champion of that weight class.

Cowboy Fight Series is an all amateur mixed martial arts promotion based out of Virginia. Named after and operated by UFC star Donald ‘Cowboy’ Cerrone, CFS officials look for top level amateurs looking to make that leap into the pros. CFS events are streamed live on FloCombat.com. 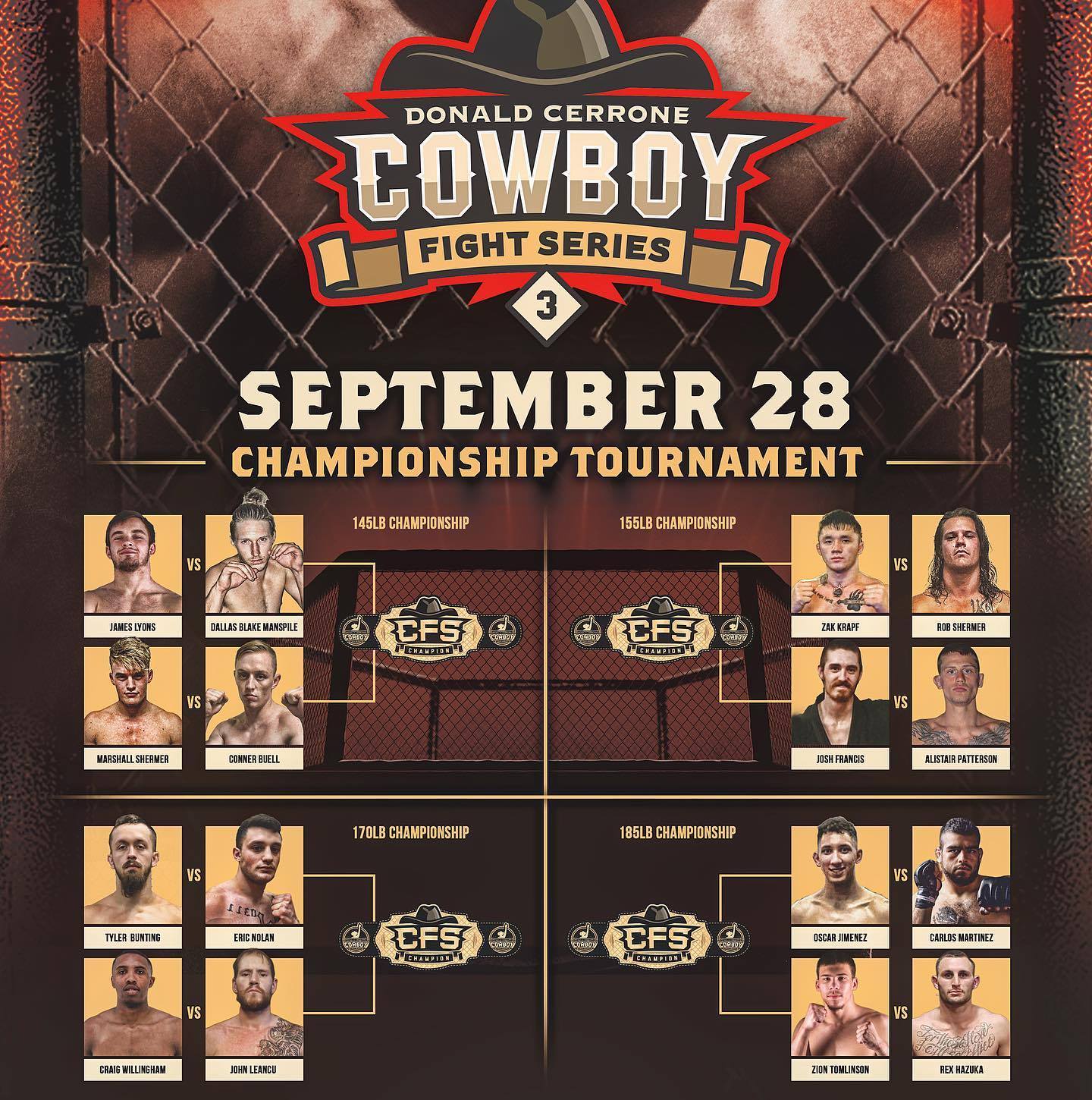