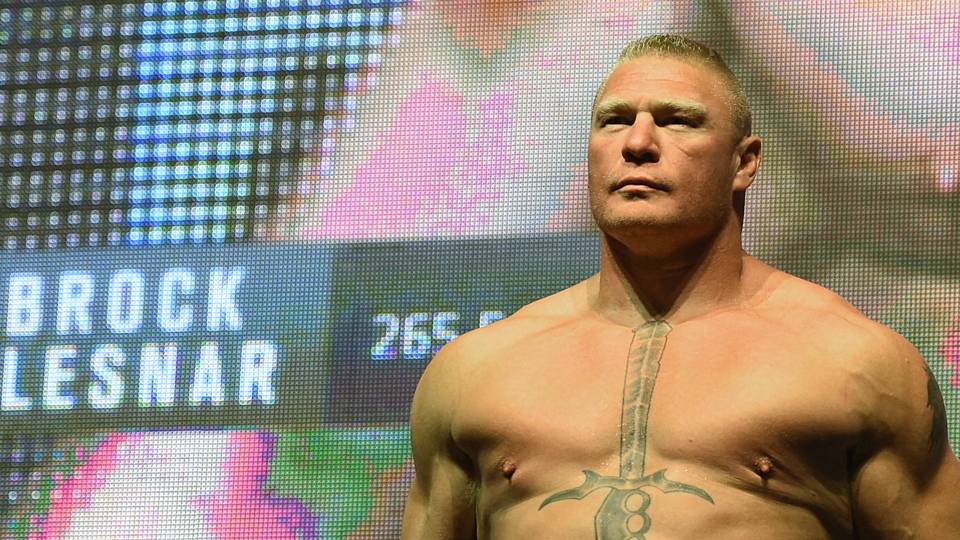 “Lesnar hasn’t fought in how long? For him to get a title shot, as I get thrown to the side? It just seems like they are desperate for pay-per-views,” Miocic said in the ESPN interview.

Let those words from Miocic sink in a little. A company that just paid $4.2 billion for an MMA promotion that has been underperforming ever since the purchase seems desperate for pay-per-views.

As a promoter myself,the new owners of the UFC need Brock Lesnar vs. Daniel Cormier a lot more than they ever need a rematch of Miocic vs Cormier.

Brock Lesnar on average sells 1 million plus ppv’s for the UFC every time he fights. For all the haters out there, that means just Brock alone draws on average 250% more buys than 24 ufc fighters drew on their highest ppv of the year combined! Think about this fact next time you hear fighters complain about their paydays. Before all you hardcore MMA fans spout the obvious that Lesnar has the WWE marketing machine to hype him as an advantage, Conor McGregor has the three highest PPV buys in UFC history and 4 of the top 5; the other one was Lesnar.

Now, as a fan, I also want see Lesnar vs Cormier. I just saw Miocic vs Cormier and I’m not in a rush to see it again. The numbers prove me right on this as well, and as for MMA fans, I know you also want the Lesnar vs Cormier fight, and that includes all the haters on social media that claim Brock doesn’t deserve the title shot. The fact that you took the time out of your busy days to give your opinions on why Lesnar doesn’t deserve a shot and is a disgrace to the sport shows he is on your minds way more than any other fighter that fought at ufc 226. Sometimes the truth hurts.

Let us get to the point where I say Miocic should get the next shot after Lesnar….maybe. The reason I say maybe is the ufc would be the dumbest promotion ever if they didn’t put the Miocic vs Dos Santos trilogy on the same card as Lesnar vs Cormier and promote it as a number one contender fight. The UFC will have more than 1 million people watching.

Why wouldn’t you expose your you two top heavyweight contenders to those extra 600k viewers?

They would also be covering their backs in case an injury happens to Lesnar or Cormier in which they could then bump Miocic up and give Dos Santos the next title fight after that.

On a side note to Dana White and the UFC:  You are more than welcome to steal my idea about always having the top two contenders to any title fight each other on the same card as a title fight for any weight class. It would put all the fighters on the same time schedule, it would instantly give fans, fighters, and announcers a reason to start hyping the next title fight, plus it would cover their backs if somebody in that nights title fight gets a late injury or misses weight. You got that Dana? I have a lot of great ideas that would help your promotion improve, but i digress.

The bottom line is I could go on for ever educating the haters on why Lesnar deserves this fight, the fans want this fight, and the ufc needs this fight. I welcome any opions on my thoughts, even from those of you that still won’t comprehend the logic I just laid down on you. Let me quote the immortal Frank Costanza on his Festivus speech, “I got a lot of problems with you people!”

But don’t worry, I will be back to continue your MMA education.