Dominick Cruz is not who he once was according to Casey Kenney.

Kenney will find out for sure when he faces the former UFC bantamweight champion at UFC 259 on March 6.

He is currently rising up the 135-pound division with three-straight wins in 2020, while Cruz is coming off back-to-back title losses in the span of four years.

“He [Cruz] is obviously one of a kind, but he was one of a kind 10 years ago,” Kenney said. “Not that anybody has completely duplicated what he does, but the guy is fighting in different unorthodox stances type of thing, that’s the new era of MMA. His style, people have copied it, people have taken things from it. It’s not a new style anymore.”

Kenney is receiving a chance to break into the rankings as he takes on the 11th ranked fighter in the 135-pound division.

Cruz captured the WEC strap by dethroning Brian Bowles via second-round TKO at WEC 47 in March 2010. He defended the belt twice before the WEC merged with the UFC, making Cruz the first UFC bantamweight champion.

Kenney was not even competing in mixed martial arts when Cruz first won the WEC strap. Kenney made his amateur debut three years later in November 2013.

It took Kenney some time to let the idea of fighting Cruz to set in. Now he sees it as another fight.

“At first, when I got the fight, I kind of let it process, but now that camps been going and I’m turning into the savage that I am, it feels the same,” Kenney said. “That’s one thing I’ve done well throughout my career, I treat everybody the same.”

Kenney is all about capturing the moment. It’s the same reason he made a three week turnaround and flew back to “Fight Island” to defeat Nathaniel Wood by unanimous decision at UFC 254 this past October. He beat Heili Alateng at UFC on ESPN 16 in Abu Dhabi earlier in the month.

The Indiana native pushed for his next fight to be on Dec. 12 and for good reason. Kenney was eying a chance to fight on the same card as champion Petr Yan and Aljamain Sterling.

Kenney signed a contract to fight an undisclosed opponent, but his opponent eventually fell off the card. It all worked out for him when the title fight was scrapped after Yan dropped out of the fight due to personal reasons. 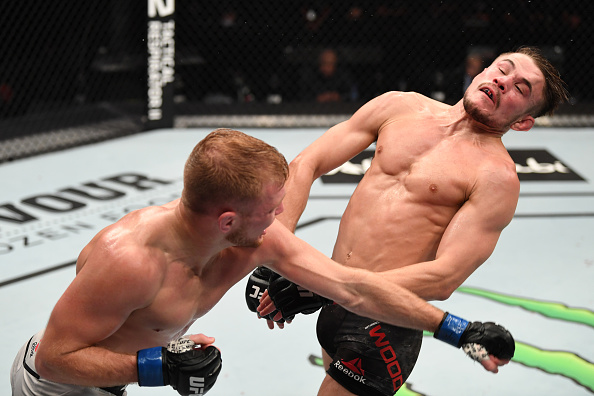 Luckily for Kenney, the 125-pound championship bout was moved to UFC 259, the same card where Kenney meets Cruz.

Another option Kenney is looking at could come even before his fight with Cruz. There’s no official backup fighter in place if either Yan or Sterling are unable to make it to the fight, but Kenney will be on site at the UFC Apex in Las Vegas. Nevada.

At UFC 223 in April 2018, Al Iaquinta stepped in on short notice to challenge Khabib Nurmagomedov for the UFC lightweight strap. The New York native lost by unanimous decision to the champion. Iaquinta was previously scheduled to fight Paul Felder on the same card.

Soto was originally slated to fight Anthony Birchak on the same night. Kenney is definitely interested in scenarios like these.

“You look at the crazy things like Al Iaquinta with Khabib and Joe Soto with T.J. Dillashaw, guys that probably would have never fought for the title, but were ready that night,” Kenney said. “I’m not saying I’m going to fight Yan or Sterling that night, but it’s always good to be in that position.”