On the heels of her professional debut win in September, Brenda “Little Hands of Stone” Enriquez (1-0) of Salt Lake City, Utah will face off with 12-time Spanish National Judo Champion Vanesa Rico (2-3) of Alicante, Spain in a second women’s atomweight tilt.

In a lightweight (155 pounds) meeting between two San Antonio residents, unbeaten Fernando Rodriguez (2-0) and Jesse Almaraz (1-2) – will face off against each other.

Priced from $30, tickets for TS-1 Promotions Presents: “Combate 19 (Queen Warriors),” are on sale at Ticketmaster.com. 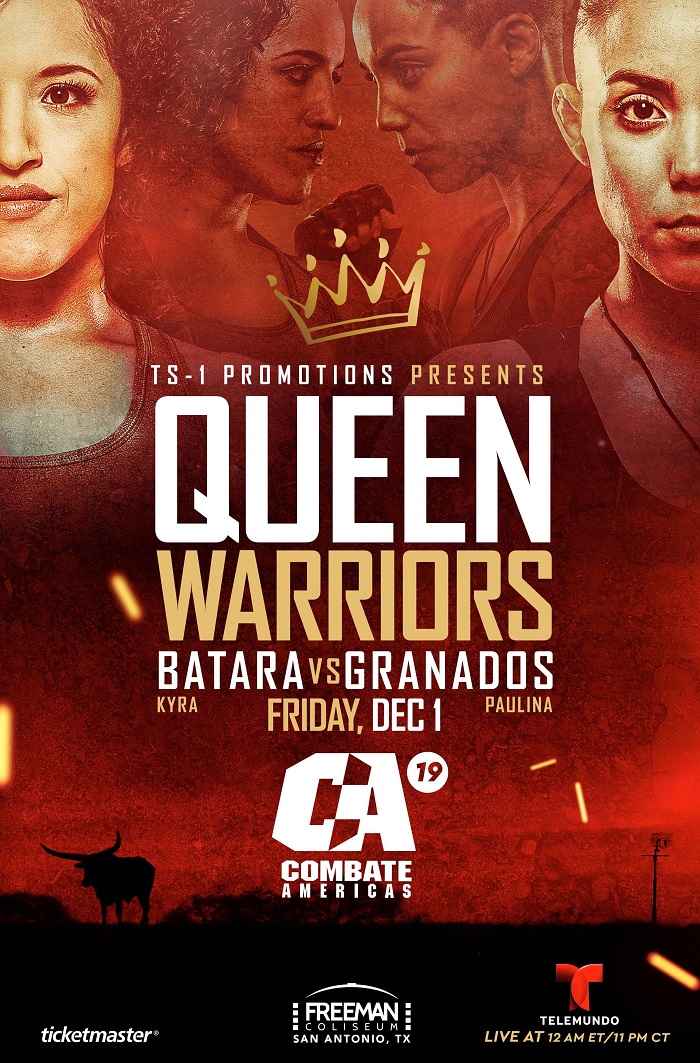 By Michael Henken 7 hours ago