John De Jesus is trying to put his November loss to Aaron Pico behind him.

Looking to crack Bellator’s featherweight rankings, the 30-year-old meets former UFC featherweight John Teixeira at Bellator 261 on Friday, June 25. After dropping a second-round TKO loss to Pico, De Jesus is unsatisfied with his 1-1 run under the Bellator banner.

He plans to put the division on notice with a win in Uncasville, Connecticut.

“I plan on coming out and showing the world what I am about, to wipe off that stain that is Aaron Pico off of me,” De Jesus said.

De Jesus is confident he can keep the fight standing if he chooses. It’s a fitting recipe for the New York native with five wins by TKO/KO.

A decision win is not good enough, De Jesus is eying the finish. The only person to finish Teixeira in 30 professional fights is the No. 1 contender AJ McKee Jr.

“I feel like my range, my speed, everything I bring to the table is going to be too much for him,” De Jesus said. “One, two or three, it doesn’t matter, I am coming to finish him.” 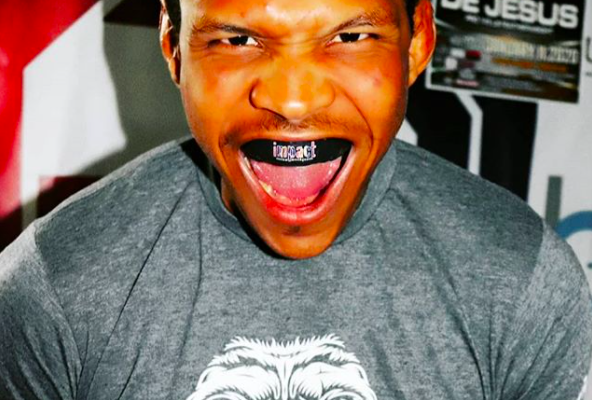 “Platano” is familiar with the style of Teixeira, comparing him to his The Academy Pittsburgh Jake Schilling. Schilling is less experienced than Teixeira at 1-1 as a professional, but the similarities are there.

Both men share a similar build with Schilling at five-feet-eight-inches and Teixeira at five-feet-seven-inches. De Jesus said the two even throw the same strikes.

“I’ve felt everything he has to bring to the fight already, a million times in the gym, every Monday, Wednesday and Friday,” De Jesus said. “I am ready to rock man, show what I’m about.”

De Jesus is starting to feel at home for Bellator. Entering his third bout for the promotion, De Jesus is putting it all together.

Texeira is outside of the top 10 as well, but it doesn’t matter to De Jesus. A number showing up next to his name is something he considers inevitable.

A win over Teixeira would just speed up his plan.

By Jim Foliano 13 hours ago

By James Lynch 22 hours ago

By Jim Foliano 23 hours ago

By 'Beautiful' Bob Meloni 24 hours ago