WLC: KING OF NINE LIMBS takes place on 2 August 2019 in Mandalar Thiri Indoor Stadium, Mandalay, Myanmar. The event will be broadcast LIVE on Canal+ in Myanmar and on UFC Fight Pass. Tickets are available through official ticketing partner Major Ticket at majorticket.com.mm.

Chairman of World Lethwei Championship U Zay Thiha stated, “We have brought 10 world-class athletes from 10 countries to compete in the biggest lethwei event in history. Millions of people in Myanmar and even more internationally will tune in for a world-class spectacle of premium martial arts action combined with the best culture and entertainment. You do not want to miss this!”

World Lethwei Championship Chairman U Zay Thiha stated, “We have brought together the world’s best strikers from 10 countries for a striking masterclass at WLC: KING OF NINE LIMBS. This is the biggest sporting event in Myanmar history and will be a night that the world will not forget!” 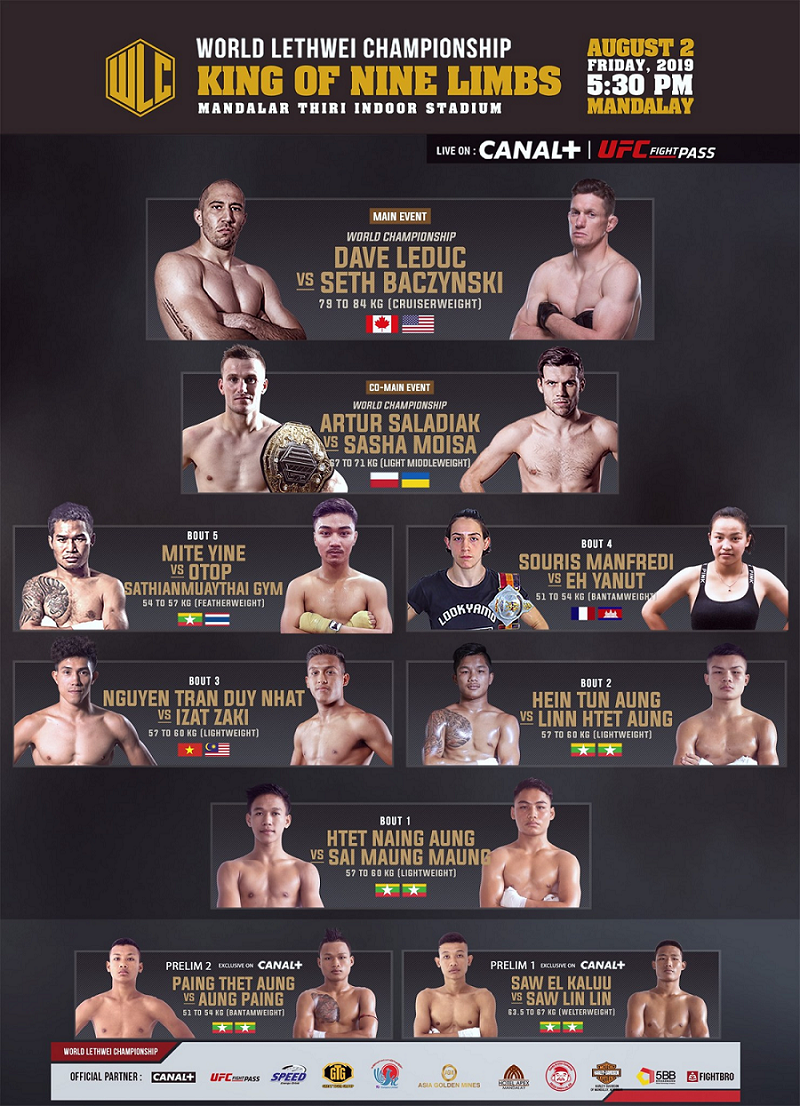 BKFC President on Paige VanZant: “Bare Knuckle Career Likely Over With Next Loss”

Felice Herrig says she made $500,000 posting feet pics on OnlyFans