Interview with Merab Dvalishvili above

Merab “The Machine” Dvalishvili (11-4) has been on a tear with four consecutive wins in the UFC and has climbed into the top 15 of the rankings of the very deep bantamweight division.  Merab has done this with absolute domination from his grappling skills.  His striking continues to get better every fight.  In his last match-up at UFC Fight Night in June, he put together multiple sequences using his striking and level changes to make his lethal take-downs look even easier vs Gustavo Lopez.  This is very bad news for the division.

The Machine already holds the record for most take-downs in UFC history for the 135-lb. division with 51 in only six fights.  Now with the rest of his skill-set continuing to rise, his opponents cannot just worry about the double-leg that he has mastered along with some powerful slams and judo throws.  John Dodson is up next for Merab on the main card of the pay-per-view UFC 252 this Saturday, August 15th and he will no doubt attempt to stay on the outside and avoid the clinch and ground game. MyMMANews talked with Dvalishvili and he had this to say about his match-up…

“I’m going to chase him.  I’m going to pressure him.  I’m ready to strike with him. I’m going to make him tired.  My style, I’m going to mix everything, my striking, my shooting. I know it won’t be easy to take him down, but my pressure and my cardio and I’m going to win.  I don’t care about records or anything.  I just have to pressure this guy, get a victory  and a lot of doors are going to open for me.  This fight means a lot to me.”

Team Serra-Longo has really excelled and put together a family atmosphere through his whole pandemic which Merab speaks about including his fight.

This is Merab’s first chance to compete on a PPV event and he is excited for the opportunity to try to make it five in a row. With a win, he could wind up in a top 10 match-up in his next bout but first he has to handle business against the savvy, elusive Dodson ( 21-11). 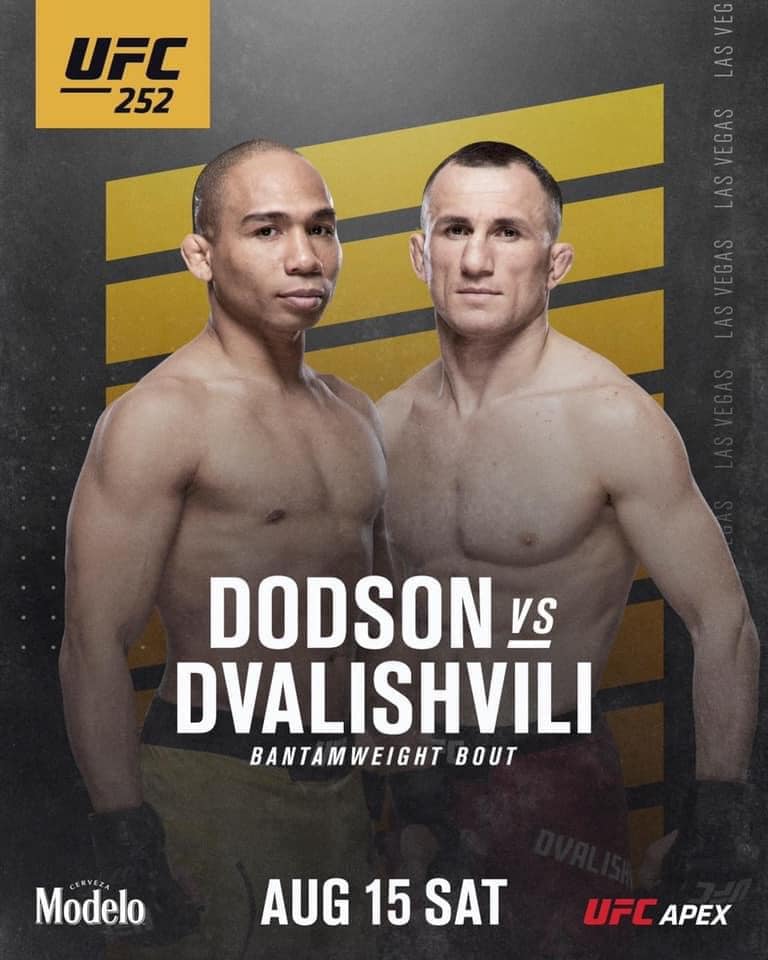