The multi-time and current reigning ONE flyweight world champion won big as part of the 13th annual Fighters Only World MMA Awards. This transpired on Friday, December 10th, and went down live from the Worre Studios in Las Vegas.

Moraes ended up taking home a shiny trophy and did so in the Upset of the Year category beating out several solid contenders.

Upset of the Year

• Adriano Moraes vs. Demetrious Johnson – ONE on TNT 1 – winner

While Moraes has the deepest resume of any flyweight the ONE Circle has ever seen, Demetrious Johnson is seen by many as the GOAT of MMA. Mighty Mouse entered that fight after a legacy galvanizing UFC flyweight championship reign. He also won multiple straight bouts under the ONE banner to capture the flyweight Grand Prix title.

Moraes won via knee strike on the ground in the second round. It closed out the show, Moraes regained the gold and the win also netted him a silver statue.

Demetrious Johnson is tentatively working towards a hybrid rules bout against Rodtang Jitmuangnon at ONE X. The operative word being tentative when considering that the anniversary show was scrapped on December 5th and a nebulous date of early 2022 was given as a pseudo-amended date.

Adriano Moraes does not have a locked-in title defense right now but the upcoming ONE: Winter Warriors II card could very well change that. Number two-ranked flyweight Danny Kingad tests skills against number four ranked Kairat Akhmetov in what reads like a title eliminator on paper.

The nomination period for this year’s awards took place between July 1, 2020, and June 30, 2021. Fighters Only Magazine gave fight fans the power to vote for the top fighters, the most electric finishes, and ultimately who took home a World MMA Award.

What are your thoughts on Moraes vs Johnson garnering The Upset of The Year award here? 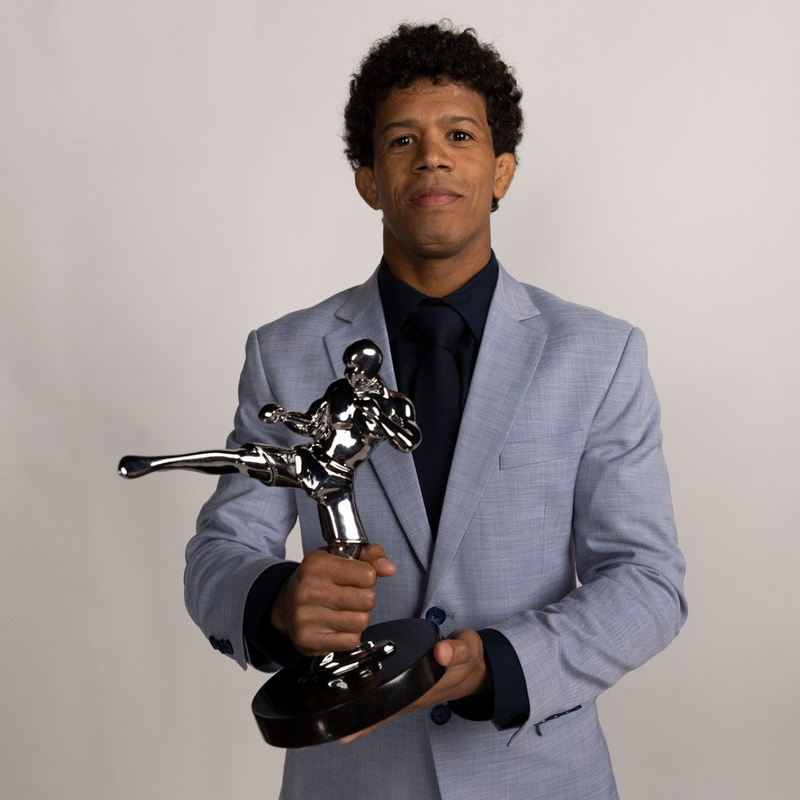