UFC Fight Night 138 – Oezdemir vs. Smith will be held Saturday, October 27 from the Avenir Centre in Moncton, New Brunswick, Canada. In the main event, a pair of UFC light heavyweights will duke it out in what is sure to be an exciting contest scheduled for five rounds. Former title contender Volkan Oezdemir will lock horns with rising star and “legend killer” Anthony “Lionheart” Smith.

Ultimate Fighter winner Michael Johnson stepped up on short notice to meet Conor McGregor teammate and friend Artem Lobov in the night’s co-main event.  Johnson weighed in with just minutes to spare and missed the mark, coming in at 147 pounds. 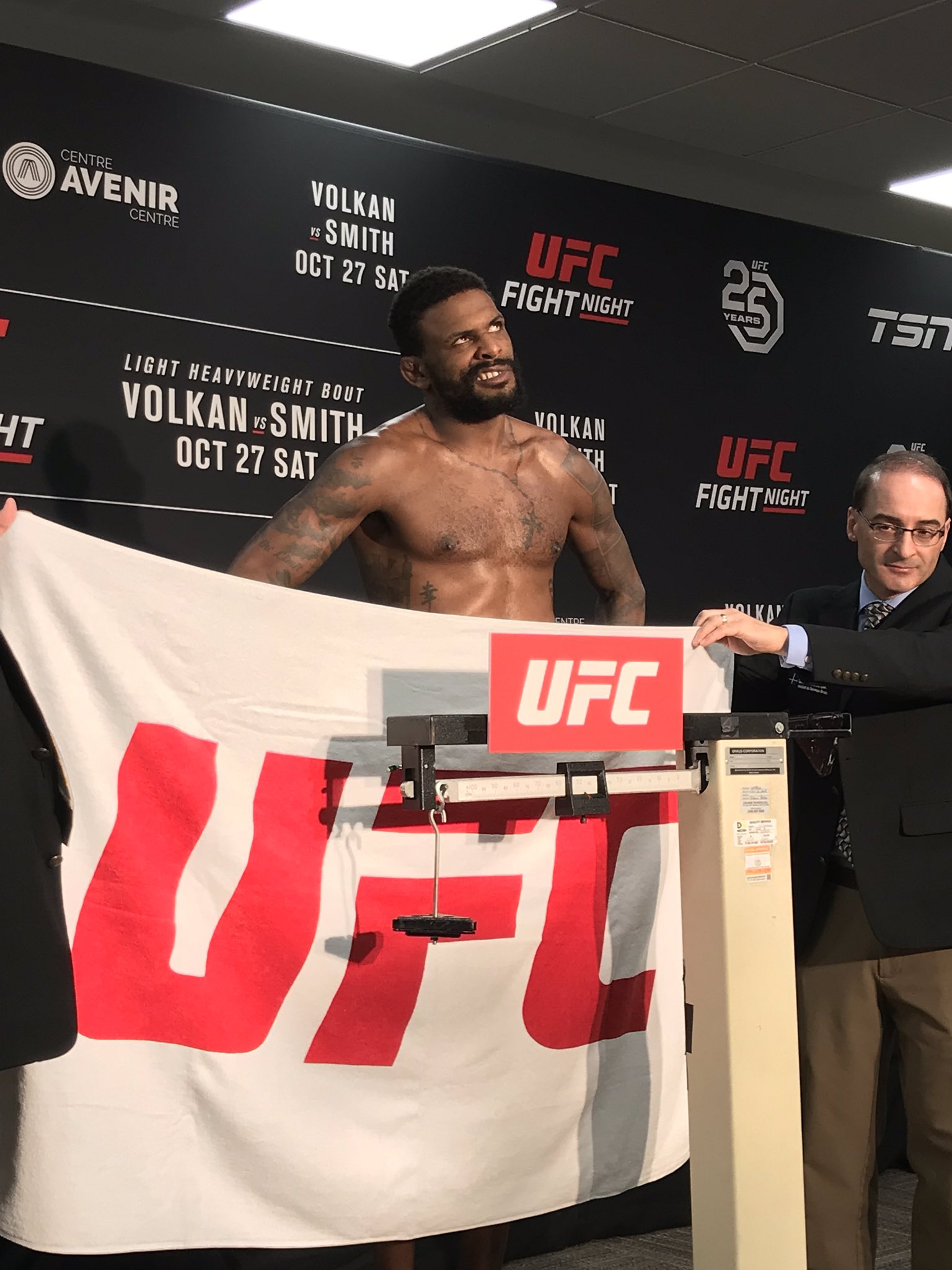 *Michael Johnson missed weight by one pound and will be fined 20 percent of his purse. The fight will proceed as scheduled.