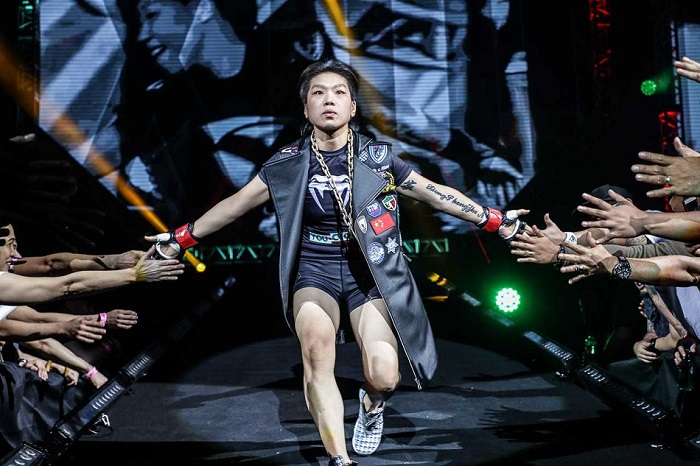 ONE Championship heads back to China with another massive card for ONE: BEYOND THE HORIZON on Saturday, 8 September at the Baoshan Arena in Shanghai.

Headlining the stacked card will be China’s very own reigning ONE Women’s Strawweight World Champion ‘The Panda’ Xiong Jing Nan (15-1-0) defending her title against Brazilian newcomer Samara ‘Marituba’ Santos (12-5-1) in what is sure to be another thrilling mixed martial arts showcase between two talented competitors.

Already heralded as the most successful mixed martial artist to emerge from China, the 30-year old Xiong’s martial arts journey began when she found her way to boxing as an 18-year old in Shandong province. In 2007, Xiong placed third in the National Boxing Championships, paving the way for what would be a fruitful martial arts career.

In 2014, Xiong made her professional mixed martial arts debut and went 10-1 in her first eleven contests before catching the attention of ONE Championship, and in 2017, she made her promotional debut, immediately putting the women’s strawweight division on notice after a first-round knockout of Team Lakay contender April Osenio.

Xiong’s destruction of Osenio led her to a shot at the inaugural ONE Women’s Strawweight World Championship, where she dismantled previously-unbeaten Singaporean star Tiffany Teo to become the first China-born world champion in ONE Championship.

Just last June, Xiong successfully defended her world title for the first time with a five-round domination of Argentina’s Laura Balin en route to a unanimous decision victory at ONE: PINNACLE OF POWER in Macau, China.

On September 8th, Xiong will look to make it back-to-back title defenses and eight straight wins when she meets challenger Samara Santos.

Proudly carrying her hometown of Marituba as her monicker, 25-year old Samara Santos is just the latest Brazilian martial artist to join the ONE Championship ranks, following in the footsteps of champions such as Bibiano ‘The Flash’ Fernandes, Adriano ‘Mikinho’ Moraes, Alex ‘Little Rock’ Silva, just to name a few.

A well-rounded competitor coming out of Formiga Top Team, Santos is a proven finisher with more than half of her wins coming via stoppage.

She made her professional debut in 2015, emerging victorious in ten of her first twelve matches.

Santos’ strong start was then followed by a string of consecutive defeats, but she has since bounced back in impressive fashion.

In her most recent performance, Santos needed just under two minutes to score a knockout victory.

In just her first bout under the ONE Championship banner, Santos has the gigantic opportunity to capture world championship gold and dethrone one of Asia’s best young champions.