Nick Mimoso hasn’t officially been in the cage in a little over three years but that doesn’t mean he hasn’t been fighting.  His arch nemesis has been his own body as he has battled back from a motorcycle accident and an injury to his knee.  Nick has never given up hope of returning to the fight game.  He has remained constant in his training and helped his teammates at Martinez BJJ in Northeast Philadelphia prepare for their fights as well as gotten a couple of grappling matches.

On Friday the 13th at Art of War 15 at the 2300 Arena in South Philly, he will once again make the walk out to the cage and try to improve on his 2-1 record.  Just getting back in there seems like a win when you consider what he has had to endure.  He doesn’t want to hear that and will not settle for anything less than having his hand raised as he goes at it with Luis “Young King” Rivera.

You can check out our interview with Nick on the link above.  He tells us…

“This is the best I’ve felt since my accident five years ago.  I almost feel like myself again. I’m actually really excited to get back in there.  Especially after the surgery I never thought I could feel like this again.  All around I feel like I’m also a better fighter.  Working on my wrestling and transitions with the Dill brothers. Will Martinez is always pushing me with my jiu-jitsu and for the last three years I’ve been working with Andy Russell for my striking and I’m a lot more comfortable with that.”

Art of War 15 is headlined by the dangerous Andre Petroski who will be looking for his first professional title as he takes on veteran Shedrick Goodridge.  Petroski has three first round finishes and is a huge prospect.  MyMMANews will bring you live results and postfight interviews as well as photos.  Stay right here for the best combat coverage in the land. 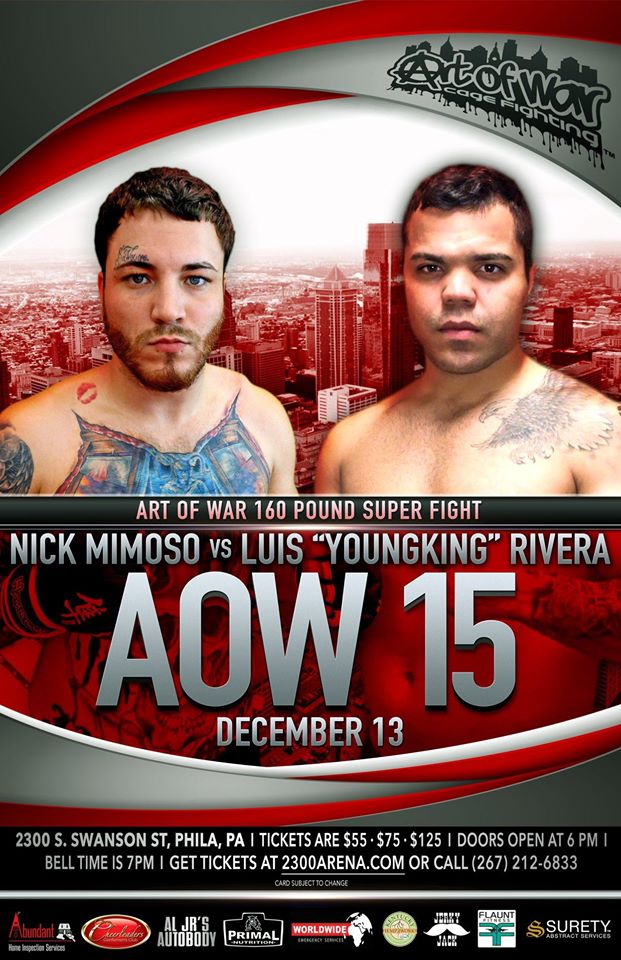 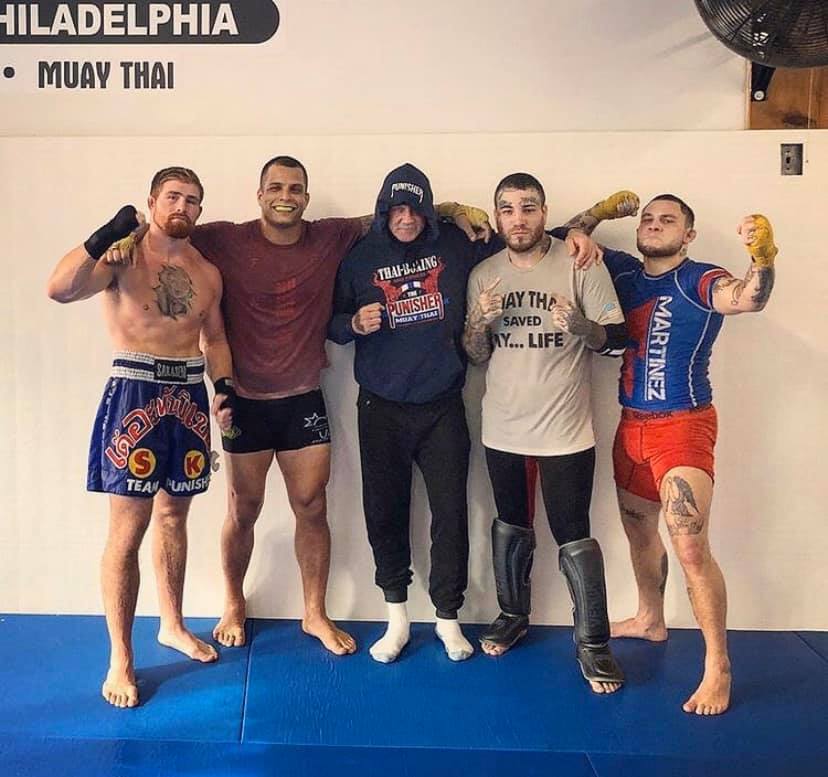