WASHINGTON, D.C. – Fight Night has become one of the most anticipated events in Washington, D.C., and this year’s event will be held Thursday, November 2, 2017. In its 28th year, the event has generated over $60 million for Fight For Children – a nonprofit based in Washington D.C. with a mission to ensure all kids in the District of Columbia region, especially those in the highest need areas, receive a quality early education and solid foundation for future success. Fight For Children and The Professional Fighters League have forged a new partnership that will bring some of the world’s elite MMA athletes to the Nation’s Capital for the November 2 event. Former heavyweight champion Blagoy Ivanov and rising star featherweight Lance Palmer will be among the PFL talent competing in four three-round, high-energy matchups.

“I can’t think of a better place to showcase the growing popularity of MMA than at Fight Night 2017,” said Raul Fernandez, Vice Chairman of Monumental Sports and Chairman of the Board of Fight For Children. “The PFL and Fight for Children will join forces that night, and have a huge impact on at-risk kids in the Greater Washington D.C. area.”

“Fight Night has been a staple in Washington for nearly three decades, and the Professional Fighters League is excited and honored to have some of our top athletes compete at this year’s event,” said Russ Ramsey, Executive Chairman of Professional Fighters League. “MMA fighters are among the most disciplined, driven, and committed athletes in the world – traits we hope to instill in our own kids and children everywhere, regardless of their backgrounds. As a D.C.-native myself, I have seen the incredible work of Fight For Children up close, and can think of no better way to cap off 2017 and begin the PFL’s mission of putting athletes first and reimagining the sport of MMA forever.”

Ivanov, a native of Bulgaria, will square off with heavy-hitting Brazilian Caio Alencar (11-1) in the main event. The last man to hold the WSOF heavyweight title, Ivanov (15-1) has rattled off four consecutive victories including three by stoppage. In his last outing he needed less than two minutes to dispatch Shawn Jordan by TKO. Ivanov will be looking to solidify his top-seed status heading into the PFL’s inaugural season in 2018.

Alencar is on a four-fight win streak of his own and is hoping to knock off the promotion’s top heavyweight. He is returning from an upset knockout win over former NCAA Division I wrestling standout Jared Rosholt last New Year’s Eve at Madison Square Garden. Alencar needed just 77 seconds to dispatch the former All-American and cement his place in the PFL. Look for fireworks when these two take to the Decagon, the heavyweight sluggers have only seen the final bell four times in a combined 28 professional bouts.

Palmer (11-3) will return to the cage for the first time since injuring his hand in March during a featherweight title fight with undefeated Andre Harrison. The Team Alpha-Male product is a four-time Division I wrestling All-American out of Ohio State University and he is a two-time WSOF featherweight champion. Palmer is viewed by many as the top threat to Harrison once the 2018 PFL season gets underway. His opponent will be named shortly.

The Nov. 2 event will hail from the Washington Hilton in Washington, D.C. and will round out the PFL’s 2017 schedule. The remaining two bouts will be announced at a later date. The show will be streamed live at www.ProfessionalFightersLeague.com.

About Fight Night
The late Joseph E. Robert, Jr. started Fight Night as a way to marshal resources in support of at-risk children in our Nation’s Capital. Fight For Children was formed shortly thereafter with the purpose of providing all children, regardless of their circumstance in life, with an equal shot at a great education.
For more information: www.FightNightDC.org

About Fight For Children
Fight for Children is the D.C.-based nonprofit whose mission is to ensure that all kids in Washington, D.C., especially those in the highest need areas, receive a quality education and a solid foundation for future success. Fight for Children programs focus on improving the quality of education for at-risk children in some of Washington, D.C.’s highest need areas.
For more information: www.FightForChildren.org 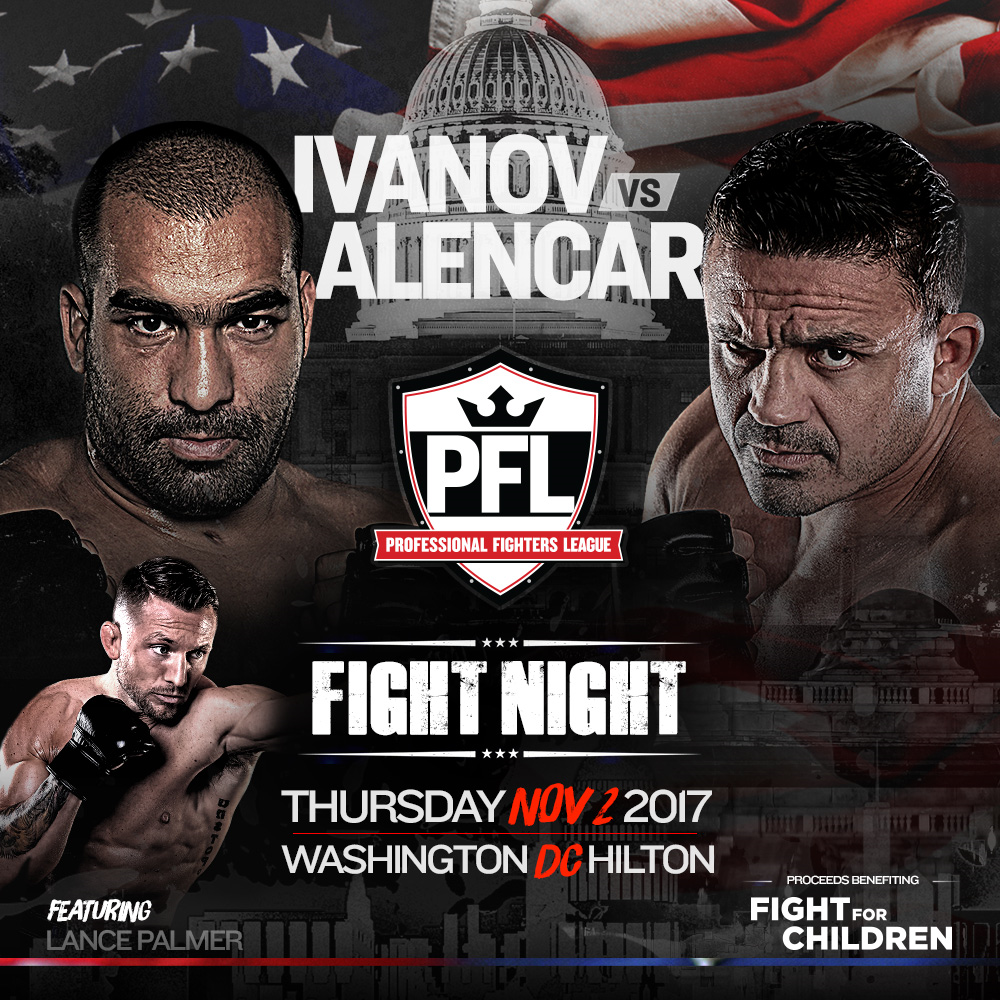 By Brady Briggs 11 mins ago

By Brady Briggs 17 mins ago