We have an incredible night of fights to look forward to this weekend at UFC 259. From the early prelims, to the preliminary card, to the main card, this is a truly stellar event from front to back.

The second showcase on the main card comes a lightweight bout between the highly regarded, No. 14 ranked Islam Makhachev and the ever-improving Drew Dober. 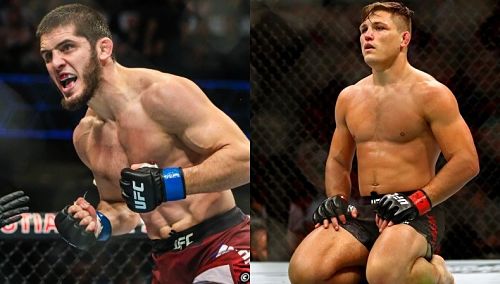 Many of us were left wondering why the UFC put this match up together, rather than giving Makhachev a ranked opponent. However, this match up actually does make a lot of sense.

The one defeat came in his second UFC outing, where he was KO’d by Adriano Martins at 1:46 of round one. He opened up his career with a perfect 12-0 record, and he’s won his last six straight at this point. 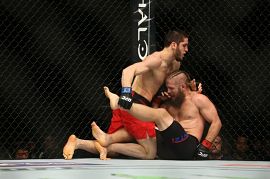 Drew Dober is one of the most dangerous strikers in the game, and that’s where this match up comes into play.

It took Dober a minute to get going inside the octagon, making his promotional debut with a record of 14-4, and falling to 15-7 (1 NC), winning just one of his first five fights.

Dober’s only lost twice since this though, going 8-2 in his next ten, being 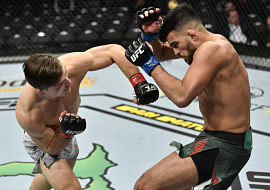 submitted by Olivier Aubin-Mercier and Beneil Dariush in those defeats. Five of those victories come via knockout, including his most recent three-fight win streak.

As you see, Dober is very effective with his stand up. This would be due to his Muay Thai background, where he won two national championships as an amateur. He’s learned how to stuff takedowns, plant his feet, and throw bombs. 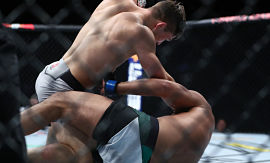 His punches are generally accurate, and he has great kicks to go along with it, aiding him in setting up his thunderous punches. It’s really been great to see Dober blossom into this elite fighter he’s become, especially after the way his UFC tenure started.

Though Dober isn’t ranked, he’s right there, and he’s a very dangerous match up for Makhachev. He’s learned to stuff takedowns quite well, and when he’s taken down, he’s good at getting right back up. He has incredibly strong hips. 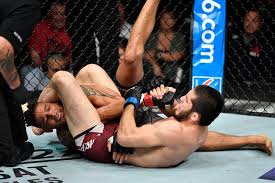 That doesn’t mean Makhachev won’t win this fight however, he’s as highly regarded as he is for a reason. People refer to him as ‘Mini Khabib’ for a reason, even his teammate, Daniel Cormier refers to him as that.

He’s not per se the finisher Dober is, but he is incredibly effective with what he does. He’s every bit as good as Khabib Nurmagomedov at wrestling, and he’s equally as strong on the mat.

Makhachev is very similar to Nurmagomedov, but he is different in a couple areas. He throws more kicks on the feet, and he doesn’t have as heavy of ground-and-pound as Nurmagomedov. His grappling is the most similar to compare.

Makhachev also won the World Championships in Combat Sambo back in 2016, while he was in the UFC. 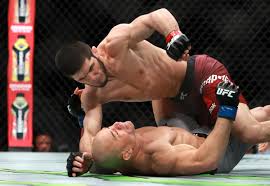 Daniel Cormier had the following to say in regards to his high aspirations for the Russian talent: “Straight wrestling, among all of those guys, Islam (Makhachev) is the best one. In straight wrestling, I think he would beat Khabib (Nurmagomedov).”

Then Nurmagomedov chimed in his thoughts on Makhachev: “Now, everybody talks about Dustin (Poirier), Conor (McGregor), (Michael) Chandler, Justin (Gaethje), (Charles) Oliveira, but by the end of the year, it’s 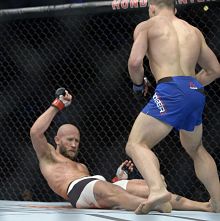 gonna be changed. I don’t think anyone can beat (Islam Makhachev) right now. He will run (the division).”

Who do you see winning this epic lightweight contest at UFC 259?