Pita Macias is originally from Los Angeles, California but has recently moved from her recent residence in Tennessee to Colorado where she completed her camp leading up to this fight. Not stranger to elevation, the 115-pound fighter spent a number of years in Colorado Springs at the Olympic Training Center, which is even higher up than the mile-high city of Denver.

After going 3-0 as an amateur, Macias is ready to make her mark in the professional ranks.

What inspired you to make the move to MMA?

“I had a 20 -year Judo career leading up to this. I lived at the Olympic Training Center for eight years. Ronda Rousey called me after her first UFC fight. I was still living in L.A. and she told me to come visit. She was the one who encouraged me to try MMA. She was very convincing and told me they were opening a 115 division in the UFC. That’s about it. I thought about it for maybe six to eight months and then decided to go for it.” 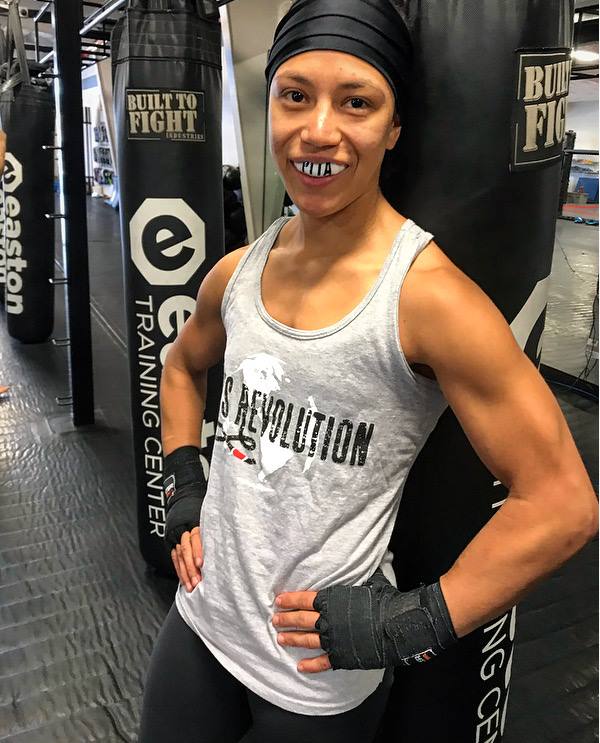 Do you remember what it was like the first time you put on gloves rather than the gi?

“My first time putting on the gloves was at GFC (Glendale Fight Club) where Ronda was training. I didn’t really know what I was doing. I didn’t even know what a jab was. One of the first times I went in Edmond had me put on the gear; wraps, mouthguard and gloves, and he had me body spar with Ronda. It was awesome and I loved it!

When I put on the MMA gloves rather than the boxing gloves I felt much more in my element. The boxing gloves were very constricting and that wasn’t as comfortable for me.”

How does your experience in gymnastics and cheerleading play into your fight life?

“I have really good air sense and balance. I don’t feel uncomfortable when I have one foot off the ground. You have to have strong kinesthetic awareness in gymnastics. I had to do it on a four-inch beam, so this is easy.

Competitive cheerleading helped me in ways I couldn’t have imagined. In cheer, the lights are all right on you. There are cameras in your face and you are expected to put on a good performance under pressure. That actually helped adapt to the MMA audience.”

The name “Pita” seems to be just a part of who you are. What is the story behind the name?

“I actually got the name in utero. My mom had some pregnancy issues and her doctor has suggested that I may be born with severe birth defects and they should consider abortion. Luckily my uncle is a pediatric pulmonologist and he disagreed with the findings. My father’s response was that I wasn’t even born yet and I was already a pain-in-the-ass (P.i.t.a). It stuck. When it came time to kind of develop a fight name Ronda said ‘you have to be Pita.”

Pita Macias has been doing the majority of her training with fairly large Team Elevation women’s crew out of Easton Training Center in Denver and at The Corner Boxing Club in Boulder.

How did you feel about this pro training camp?

“Even though this is a different environment for me it is the most comfortable that I have ever been. Carrie Barry has been coaching my stand up and I have known her since the Olympic Training Center. I trust her. Also having so many amazing women competitors at Team Elevation has been incredible. They have been so inviting. There is no animosity or ego, which is why there is just magic with this women’s team.”

V3 Fights 69 takes place Saturday, June 16 at Minglewood Hall in Memphis, Tennessee and will air live on Flowcombat. UFC President, Dana White will be in attendance at the event for the show “Looking for a Fight.”

What kind of support have you had on this MMA journey?

My fiance Linda Marie is my manager and she works so damn hard for me with very little recognition. She deals with a lot. She’s a badass female manager in a sport where most of the managers are men. It is hard to be in a relationship with a fighter and she does it flawlessly. I can’t thank her enough for everything.

Pita Macias is more than ready for her upcoming bout. What can fans expect from you this fight?

“A finish. My goal is to get a finish. My mind is in the zone. I have a specific regimen and order to the things I do. I have done the same routine all through my competitive career. I’m focused on getting the finish. I will worry about the rest later.” 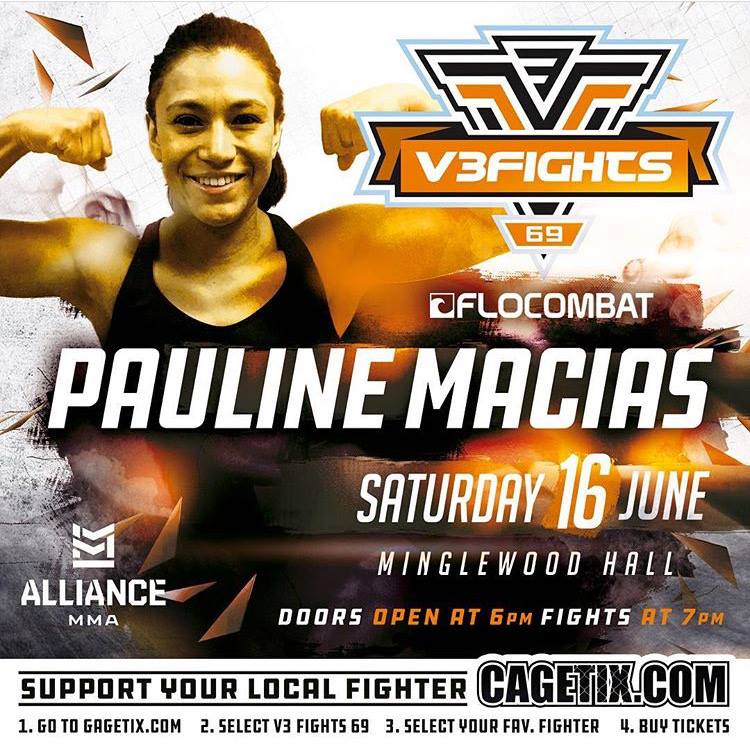