We’ve just been informed of an incredibly exciting lightweight bout that’s been added to UFC Fight Night 208, going down on June 25, 2022, at a to-be-determined venue.

This is a such a fun match up for so many reasons! 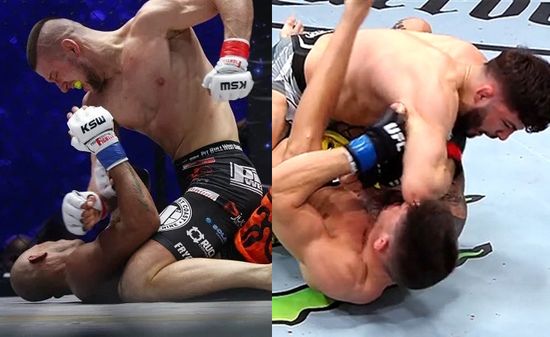 Arman Tsarukyan came over to the UFC in the spring of 2019 to face Islam Makhachev, who’s currently ranked at no. 4 in the UFC’s lightweight division, and who’s the supposed next challenger for the belt.

Though Tsarukyan would lose the bout via unanimous decision, he did impress us with this performance, as he took the Russian down a single time, something we hadn’t seen anyone do before, and something no one’s done since.

Considering Makhachev has fought, and defeated the likes of Nik Lentz, Chris Wade, and Gleison Tibau, this is a very, very impressive stat. Not to mention, he even took a round from Makhachev.

If there’s one critic fans had on Tsarukyan, it’s that he wasn’t much of a finisher. Well, it appears now he is. He’s found his groove, and at just 25 years of age, he’ll likely continue improving rapidly for at least five years to come.

Mateusz Gamrot on the other hand came to the UFC in the fall of 2020, where he was handed his first defeat, a split decision to Guram Kutateladze. Despite out-striking Kutateladze 52-37 in significant strikes, 69-43 in total strikes, and securing five takedowns to Kutateladze’s zero, apparently it wasn’t enough to get two of the judges in his favor.

Nonetheless, Gamrot has since won his last three-straight over the likes of Scott Holtzman (KO), Jeremy Stephens (kimura), and Carlos Diego Ferreira (TKO) back in December.

There are very high aspirations for both of these talents.

Tsarukyan is a Master of Sport in both MMA and wrestling, while Gamrot is a BJJ black belt with a number of medals in wrestling and grappling tournaments such as ADCC. Something’s got to give in this fight.

How do you see this one playing out?