Adult entertainment company CamSoda has officially extended Ortiz a $100K offer to fight in its MMA event – Fight Circus Vol. 3 – on June 19 in a 2 vs. 1 fight. Ortiz would be able to select his two opponents.

The letter to Ortiz, from Daryn Parker, Vice President of CamSoda, reads as follows:

I saw the news that you resigned from your position on the City Council of Huntington Beach, California. It’s a shame to see, considering how much potential your political career had. #Tito2024 had a nice ring to it.

Anyway, with more time on your hands now, I wanted to reach out and extend you a lucrative offer. Considering your illustrious run as UFC light heavyweight champion, I’d love for you to step back into the ring and participate in CamSoda’s Fight Circus Vol. 3 set to take place on June 19 in Thailand. The card includes a Muay Thai bout taking place inside a phone booth, a 2-on-1 MMA battle between a UFC veteran and two inexperienced brothers, and more.

What do you say? Take some time to consider my offer and get back to me ASAP.

We’d love for you to be the feature bout. 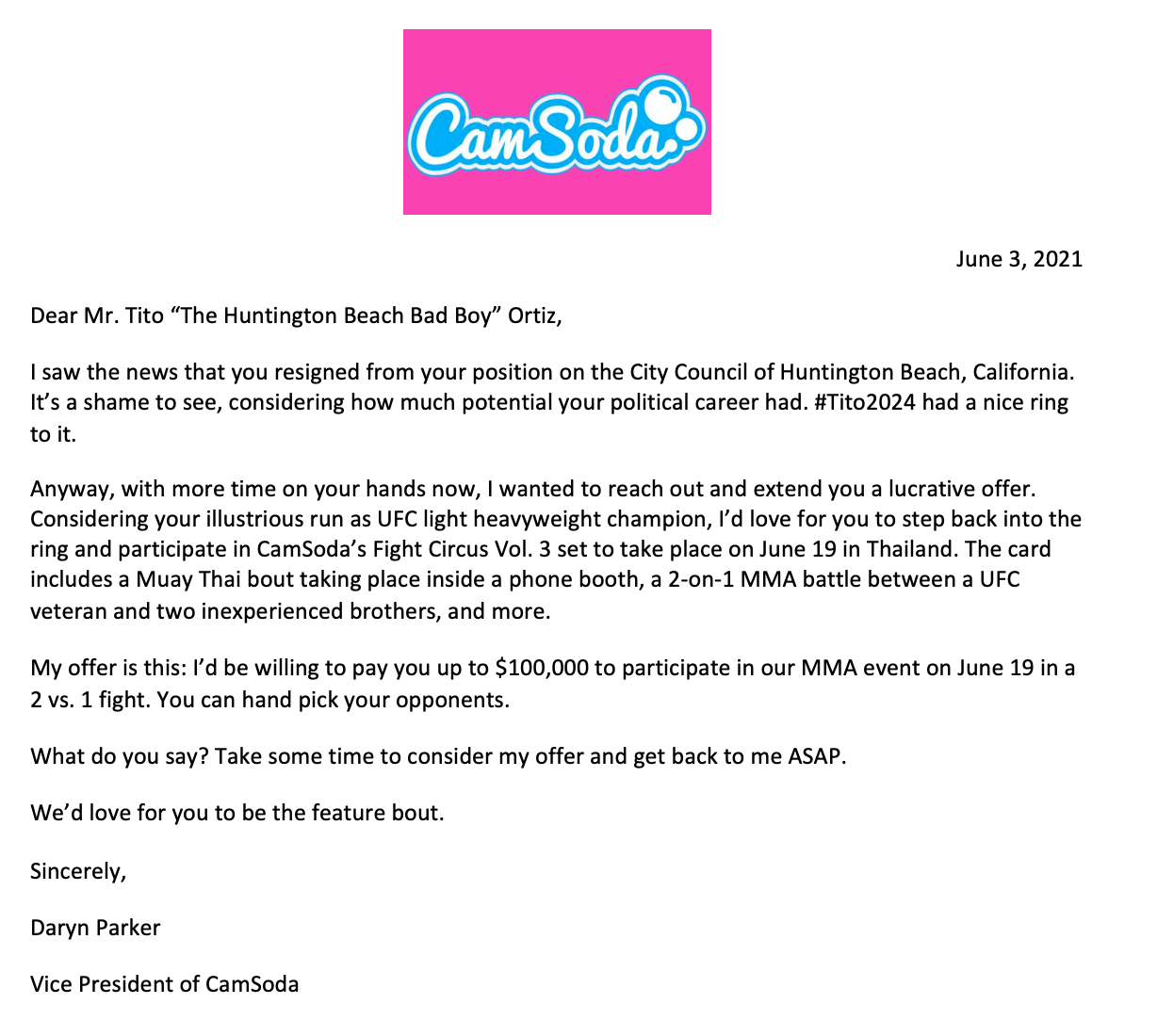 Ortiz was voted as the mayor pro tem the day he was sworn into office, though other council members tried to vote him out with a vote of no confidence.

“This job isn’t working for me,” Ortiz said after he faced backlash for publicly stating he did not want to wear a mask during the COVID-19 pandemic.

“As of recent, the attacks against me have moved into involving my family,” Ortiz said Tuesday, adding, “When my children’s safety becomes a matter, I’m a father and I’m going to protect my children.”

As of press time, Ortiz did not respond to CamSoda’s offer.  Whether or not the former UFC champion joins the card remains to be seen but you can order and watch the event here.