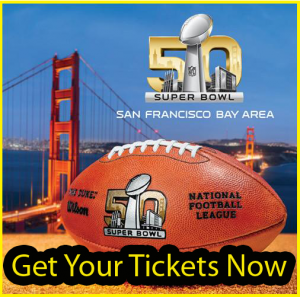 The big game will be held Sunday, February 7, 2016 at Levi’s Stadium in Santa Clara, California and will pit quarterbacks Peyton Manning and Cam Newton against one another in a battle of new vs. old. This will be the first Super Bowl held in the San Francisco Bay Area since Super Bowl XIX in 1985.