A knee from Tanner Boser set up a second-round knockout over Ovince Saint Preux at UFC Vegas 30 on Saturday, June 26.

Tanner Boser (19-8), returns to the cage for the second time in just three weeks. Boser is coming of a razor close decision loss against Ilir Latifi, it was a very close fight where a couple takedowns convinced the judges.

Ovince Saint Preux (25-15) was originally scheduled to fight Maxim Grishin, but his visa issues left him without an opponent, up stepped Tanner Boser. He has had a rough ride recently going 3-5 in his last eight. After a vintage Von Flue choke on Michal Oleksiejczuk, OSP is coming off a disappointing knockout loss to Jamahal Hill.

Here is how the heavyweight bout between Tanner Boser and Ovince Saint Preux went down at UFC Fight Night 190, including round-by-round scoring. For full results of the event, check them out right here.

Tanner Boser knocks out Ovince Saint Preux in the second round.

HEAVY strikes to earn the finish! 🇨🇦@BulldozerBoser gets it done in one! #UFCVegas30 pic.twitter.com/zSNdrmZKCN

Jason Herzog the third man in charge. Boser opening up with some heavy body kicks. Boser sends a overhand right over the top and lands with a massive thud. Both men feinting the kicks. Boser not shy and firing his kicks to OSP calf. Boser lands a huge right and a hard body kick.

MyMMANews.com scores it: 10-9 to Tanner Boser

Round two starts, Boser opens up with kicks. OSP looks for a level change and gets the trip along the fence. OSP is in full mount, Boser forces a scramble across the cage. Boser continues to scramble and gets back to his feet and lands some punches, a big knee followed up with a solid one-two down the pipe drops OSP. Boser follows up with some ground and pound and gets the finish.

Official Result: Tanner Boser defeats Ovince Saint Preux by KO at 2:31 in Round 2. 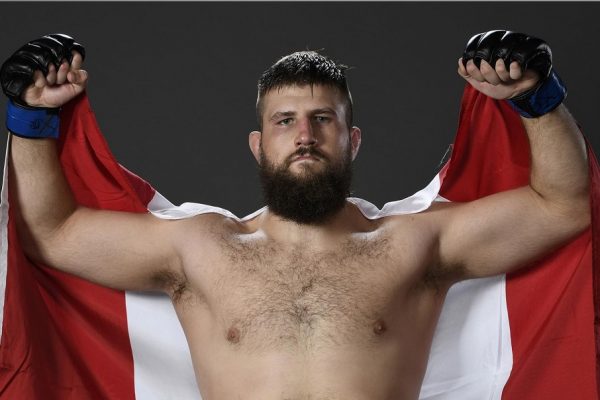