UFC Fight Night Ottawa, which was headlined by the UFC welterweight fight between Stephen Thompson and Rory MacDonald, and the co-main middleweight clash between Patrick Cote and Donald Cerrone, aired live on FS1 from TD Place in Ottawa, Ontario, Canada on Saturday, June 18 at 10:30pm ET / 7:30pm PT. 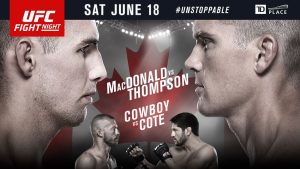 Can The UFC Convince Khabib Nurmagomedov To Stay Around For One More?

Khabib Nurmagomedov: The GOAT of an Era