Rami Ibrahim and Quade Taranaki will be going strike for strike on April 28th in the main event for USKA Fight Night 3 at the 2300 Arena in South Philadelphia. 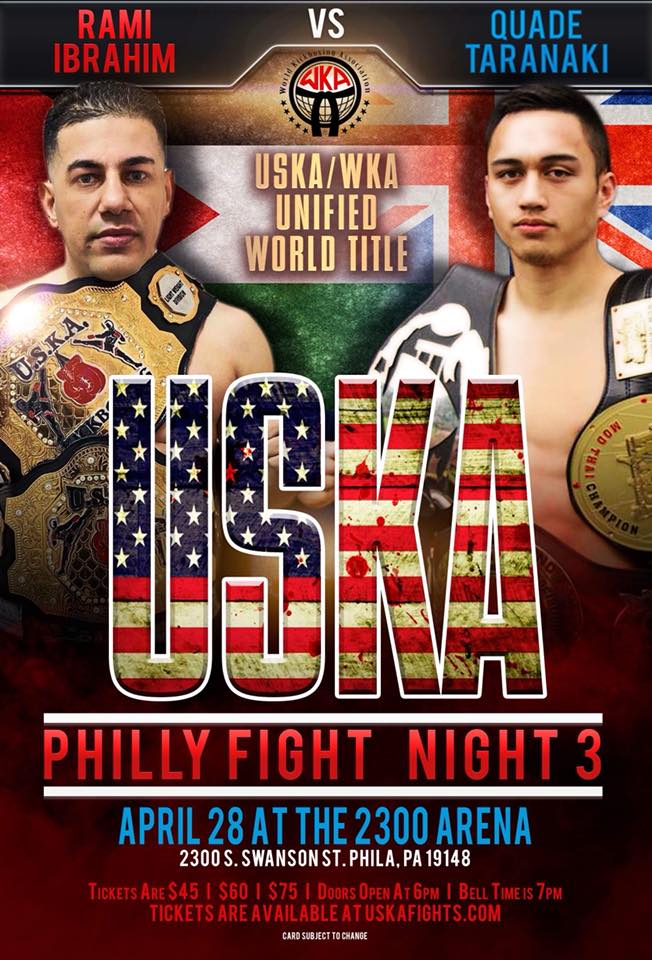 USKA president Irv Althouse was very excited as he was just recently approached by the long-standing WKA about unifying the 140 lb title.

Both Quade  (from New Zealand) and Rami (fighting out of Philly) are world class competitors and now will be looking to add a double championship to their accomplishments.

This battle will finalize the night of a stacked pro-am card.

There is also a title fight at 120lbs between Lisa Edinger and Rima Sidhu, who comes down the turnpike from New York to try and spoil the local favorite, Edinger’s championship bid.  These two ladies are super talented and focused.

Edinger throws with bad intentions and has elbows that can end a fight with one blow.

Sidhu is a much decorated fighter with plenty of experience. She will be making her USKA debut.

I got the chance to talk with Althouse right after he partnered with WKA for the main event.

Please listen to his interview below.  Stay tuned to MyMMANews for results and a full recap.

LISTEN TO IRV ALTHOUSE BELOW: 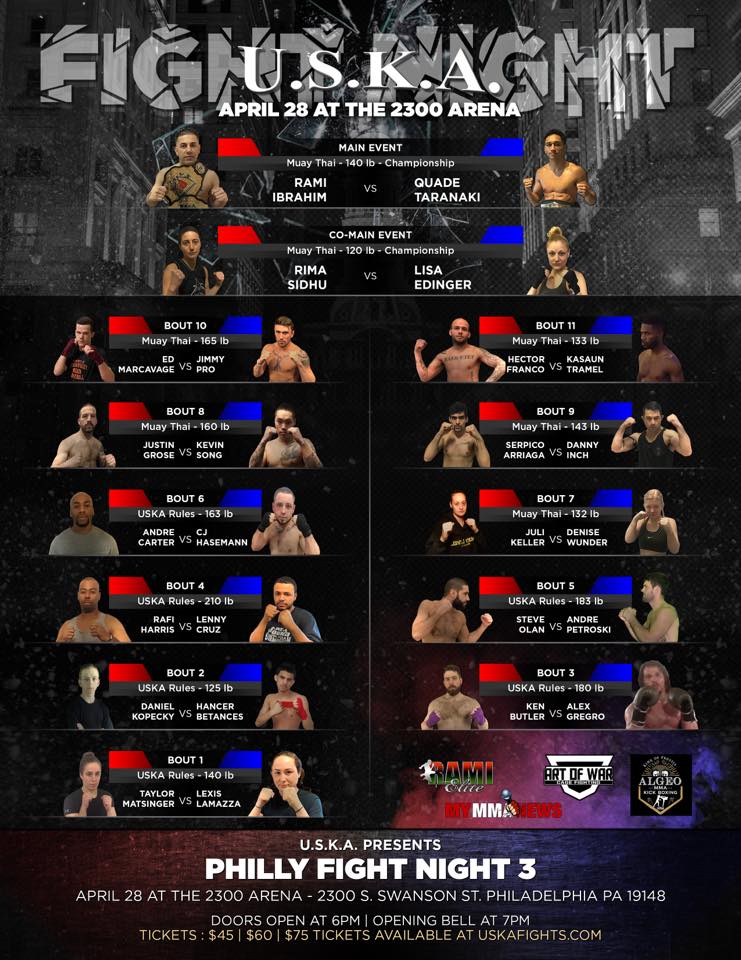 By Bjorn Morfin 49 mins ago