The evening will highlight entertaining and highly competitive fights between some of America’s top combat sports fighters.

In the co-main, ATT’s Trisha Cicero looks to get a step closer to the UFC with a win over Jamie “Lil Cannon” Milanowski. 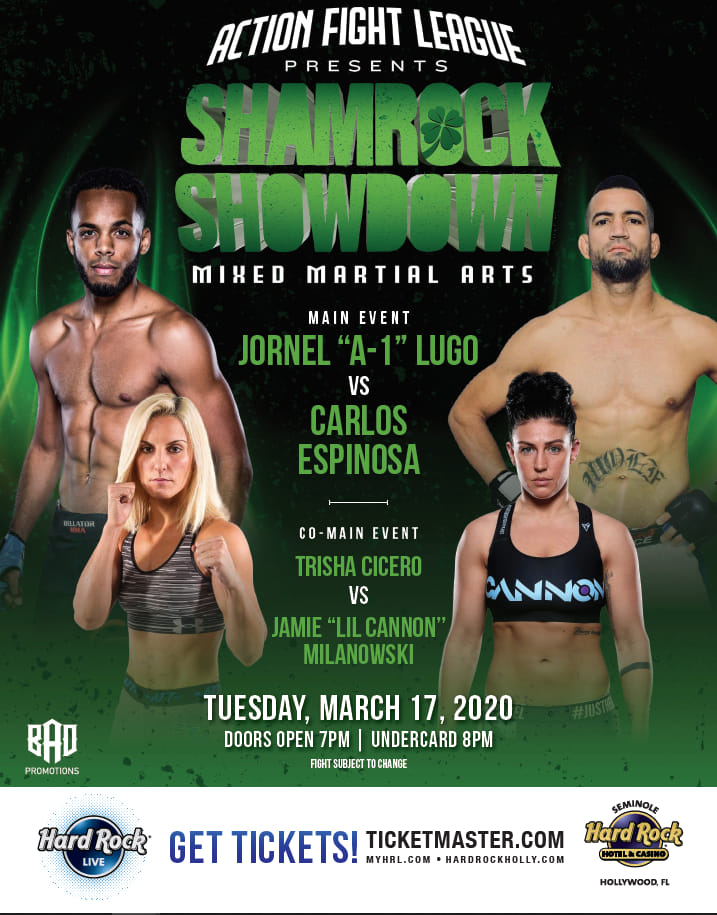