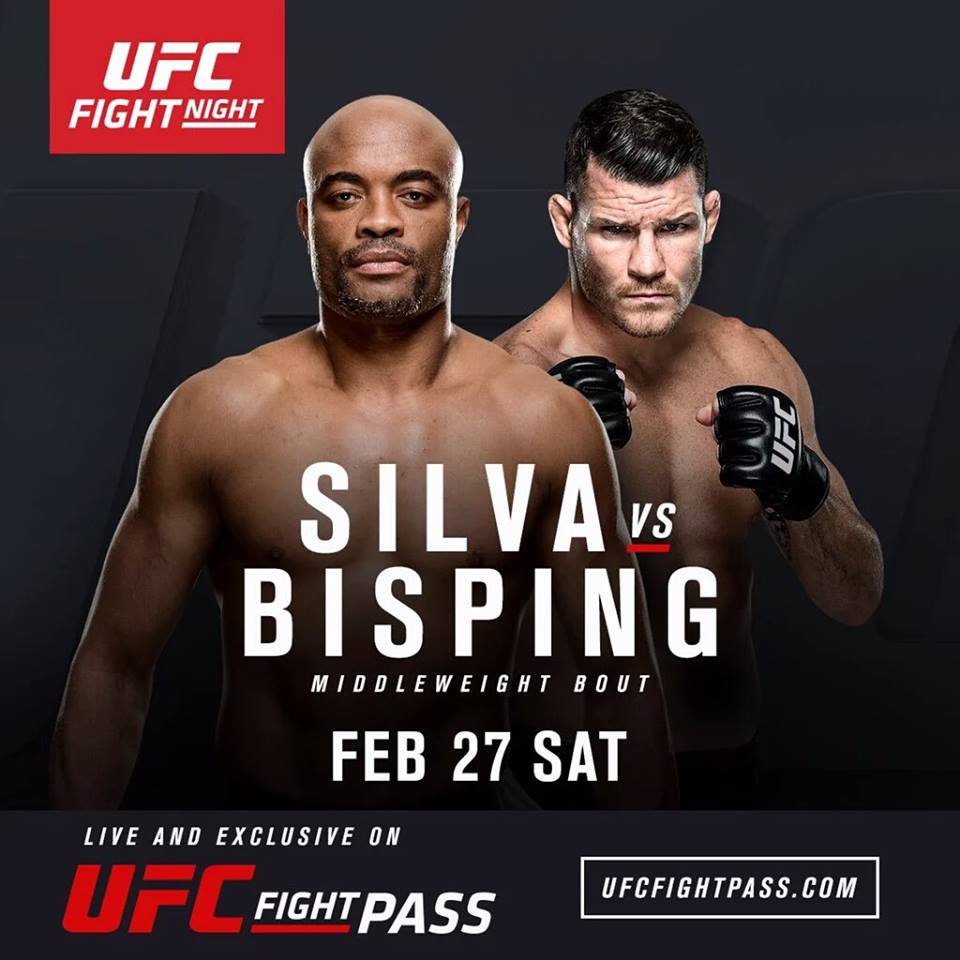 The stage is set for the biggest event in UFC FIGHT PASS history, as UFC President Dana White announced that the Feb. 27 event at London’s O2 Arena will now be headlined by a bout between middleweight legend Anderson Silva and British superstar Michael Bisping.

UFC VIP Experience Packages are still available for the event, which will air in its entirety exclusively on UFC FIGHT PASS, the UFC’s digital streaming service.

The longest reigning middleweight champion in UFC history, Brazil’s Silva ruled the 185-pound class from 2006 to 2013. After returning from a broken leg suffered in his rematch against Chris Weidman, Silva was back in form in his 2015 bout against Nick Diaz.

Now the 40-year-old “Spider” will begin another title run against Manchester’s Bisping, a perennial contender who put British MMA on the map after winning season three of The Ultimate Fighter. Winner of two straight over CB Dollaway and Thales Leites, Bisping could put himself in the title picture with a win over the Brazilian icon this February.