Order and watch history in the making here. Bare Knuckle Fighting Championship 1 from the City of Cheyenne Ice and Events Center in Cheyenne, Wyoming, Saturday, June 2, 2018.  Promoter David Feldman brings the first sanctioned bare knuckle boxing event in the United States since 1889.  You will not want to miss this.

The fights will take place in a 22-foot diameter circle ring, with three ropes. In the center of the ring is an 8-foot circle where the fighters will begin the fight and start every additional round. The format is punching only strikes allowed, no knees, elbows, or kicks. They will be allowed to clinch and “Dirty Boxing” if you will is also allowed. Fighters will be able to throw punches in the open clinch or in a Muay Thai style clinch that includes grabbing the back of the neck.

Fights will be 5 rounds lasting 2 minutes each, with the exception of the fight between Bobby Gunn and Marcelo Tavares, which will be 7 rounds. This event will also include the semi-final round of the heavyweight tournament. 8 heavyweight fighters will fight and the winners will go on to the quarterfinal round in September and then the finals will be held in December. The winner of the heavyweight tournament will be crowned the champion and will receive $50,000.

Right out the gate we were introduced to blood.  Arnold Adams forced a doctor’s stoppage over D.J. Linderman to win the opening bout at the conclusion of round 2.

Estevan Payan proved to be too much for Omar Avelar finishing the fight by way of knockout in less than two minutes into the contest.

Maurice Jackson made quick work of Dale Sopi, ending the fight at 1:10 in round 1.  These fights are moving quickly.

The first fight to go to a decision was between Reggie Barnett Jr and Travis Thompson.  Thompson was the recipient of the majority of lumps and bruises but hung in until the final bell.  Unfortunately for him, all three judges had him losing all five rounds.

Sam Shewmaker made extremely quick work of Eric Prindle with a one punch knockout.

Former UFC competitor Bec Rawlings looked fantastic tonight as she picked apart Rodrigo Almanza Garcia to win by way of TKO at the end of round two.

What an amazing five round fight between MMA Veterans Joey Beltran and Tony Lopez.  This fight could be a ‘Fight of the Year’ candidate.  Beltran wins be unanimous decision.

Former UFC heavyweight champion Ricco Rodriguez had the size and reach advantage over opponent Lewis Rumsey.  The Pennsylvanian Rumsey never back down, hung in there, but ultimately lost a unanimous decision. 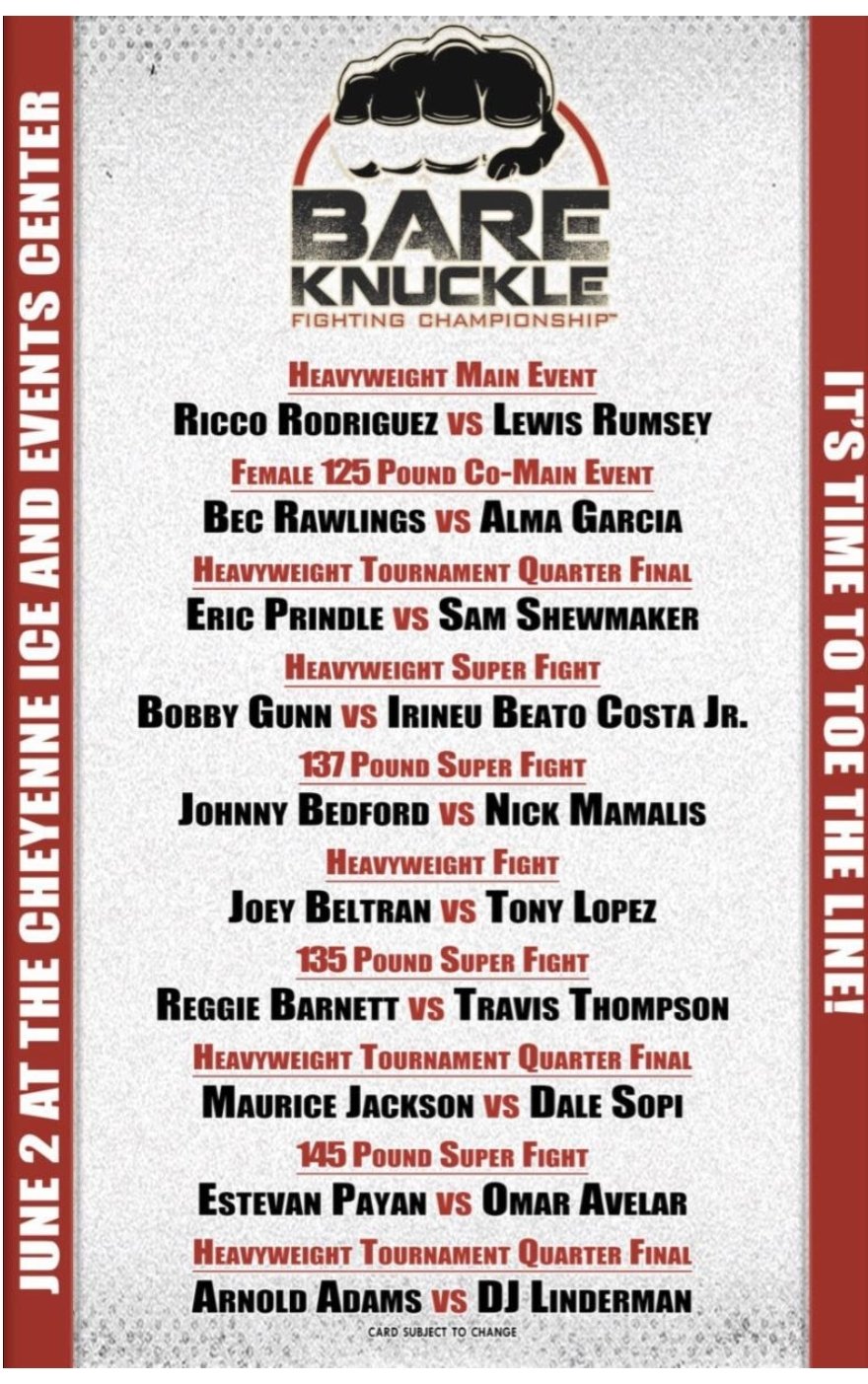