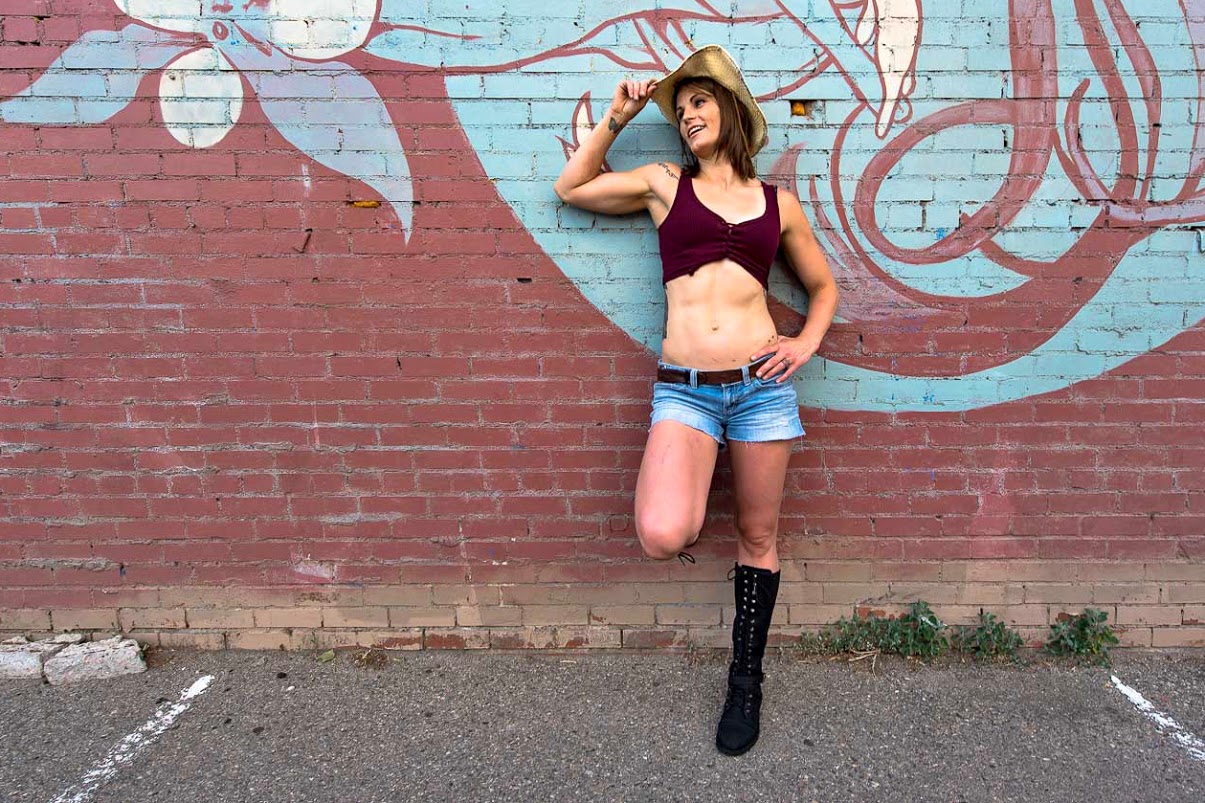 Female featherweights Megan Anderson and Holly Holm recently faced off on the UFC 225 fight card. Despite the loss, many were impressed with the sheer size of Anderson, standing six feet tall and walking at 175 pounds. Those people have never seen Brittney Elkin. Only an inch shorter, Elkin has the height of an Amazon warrior with the accompanying muscular physique.

Brittney “Big Bird” Elkin fights out of Team Elevation in Denver, Colorado. She trains with an extensive women’s crew while also getting in plenty of work with the team’s roster of high-level male athletes, which includes the likes of Neil Magny, Drew Dober, Curtis Blaydes, Cory Sandhagen and others.

In the only female matchup of the Professional Fighter’s League (PFL) 2018 season, Brittney Elkin will take on Olympic Judoka and gold medalist Kayla Harrison. Though several opponents declined to face Harrison, Elkin was more than willing to step up.

Fighting most of her career at 145, Elkin is excited to have a chance to perform at a more natural weight. Her last bout was a short-notice fight for Bellator. She had to cut off her hair to make the weight, proving her dedication and commitment to the job. 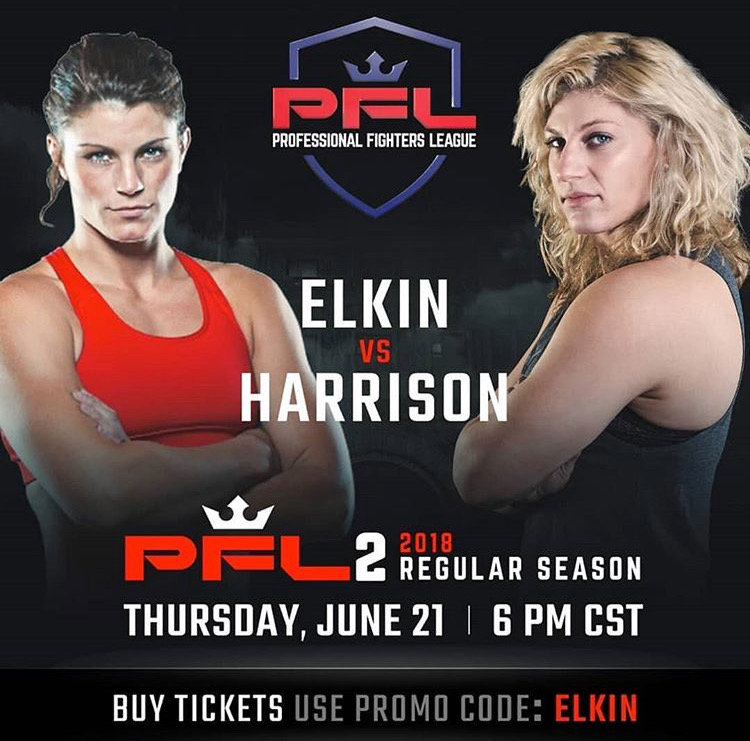 How has that hard weight-cut affected your career?

“I had to accept that it wasn’t going to be easy. I did what I had to do because I love this. Once I had it set in my mind that this is what I had to do, I was going to do it. I can be stubborn. When I got the call for the fight at 155 I was like ‘sweet!’.”

Despite driving a yellow Mustang, Brittney Elkin looks nothing like a feathered Sesame Street character. How did you get the name “Big Bird”?

“I was in a bullpen at Fusebox where I was training with Garret Culpepper. We were doing suplexes that day. I was attempting to do the move with technique but failed miserably. I elbowed him in the nuts. He screams out, ‘You f-ing big bird!’ and it stuck. I couldn’t get rid of it.” 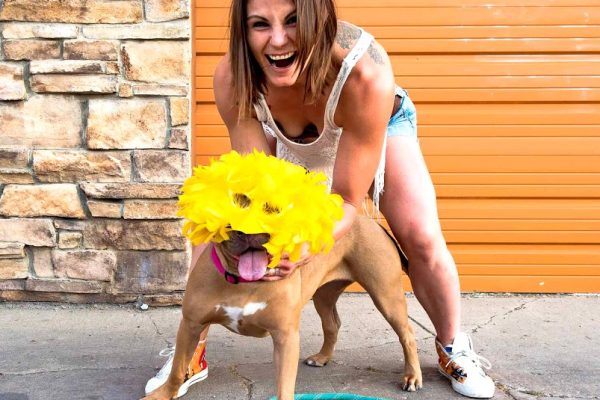 You have been competing for some time and faced some tough opponents. What has been your most difficult fight thus far?

“Latoya Walker was my most difficult fight. I got eye poked and the ref didn’t see it. I fought through it. And I didn’t know what happened at the time. I was blinded and I thought it might have been my nose.

“I don’t want to risk using the term lightly, but I sort of had PTSD from the experience. It was very scary to be blind and try to fight. It was the hardest fight because I had to grow so much mentally to get back in there and fight, to process what happened, know it could happen again and still get in there.” 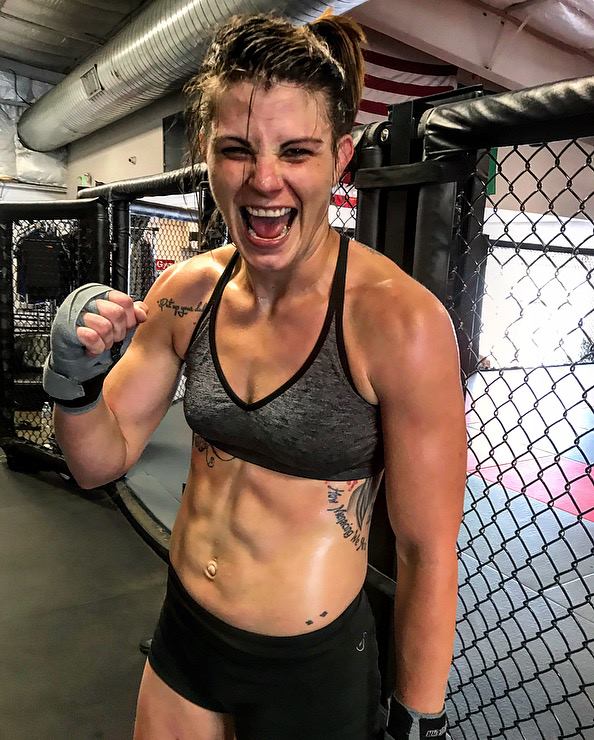 How has this camp leading up to PFL 2 been different than previous camps?

“This camp, I am making an applied effort to consciously improve instead of maintaining repetitive behaviors. I’m trying my new tools in sparring. Before practice, I take 15 minutes to decompress and focus. I even talk to myself in the third person. I need to do what it takes to believe in me and I have found better success that way.

“I’ve upped the ante. I put myself in a place where I am surrounded by top-tier athletes and I am forced to grow. I have to be on their level and I see what they do before practice and after practice. This is one of the top places to be in the country and world. I’m not just playing mental games. Everything I do has a purpose.”

How do you feel about this match up?

“My first reaction was ‘Oh my God, how cool?! ‘ An opportunity like that is not something I am going to turn down.

“I know I’m ready for this one. I’ve had plenty of time to prepare. This is a great opportunity to grow my value as person and fighter. And good opportunity to test myself.”

What can fans expect when tuning in to watch this fight?

“Fans can expect to see a Brittney Elkin having fun, one that believes in herself. Fighting purely because she enjoys it and wants to be there. Kayla will be bloody. She’ll have a new bump on her ear. After the final bell rings there will be respect and smiles as we exit the cage.

“I want to make it such a good fight that we can’t be ignored. I have an opportunity to make 155 pound fights a thing and I want people to watch and say ‘look at that shit! We want to see more of those 55ers!’ Not everybody can make 145. It’s going to mean a lot to me. After eight years of crazy weight cuts, I’m ready to have fun.”

The fight will take place Thursday, June 21st at the Chicago Theater and will be broadcast live on NBC Sports.

Brittney Elkin is sponsored by Just Roll and Tommy Knocker. 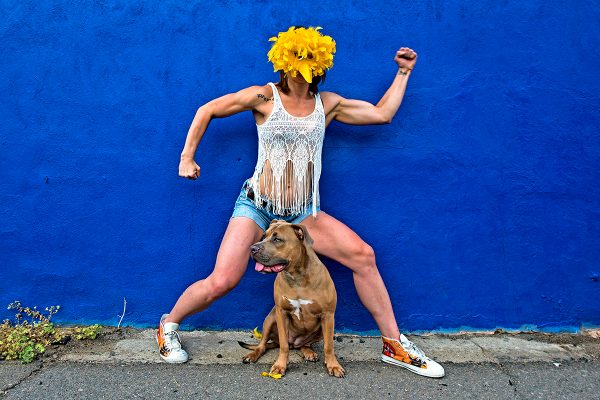 By Alex Behunin 30 mins ago

By Andy Stevenson 44 mins ago