Burt Watson on ‘Rollin’ with CFFC

Interview by Adam Crist, Write up by Eric Kowal, Photos by William McKee

MyMMANews.com reporter Adam Crist caught up with the legend himself, the Babysitter to the Stars, Burt Watson, this past weekend at the MMA Classic Fan Expo in Syracuse, New York.

The man who made a living by ‘hyping’ fighters and fans alike said he was extremely happy with the turnout of the expo.

“It’s a pleasure to be here.  I’m happy to see the turnout that they had here.  This is unbelievable. Up here in Syracuse, in New York, where they are still trying to make things happen on a professional level.  This just shows the amount of fans, the fan interest, people’s enthusiasm, and heck, I’m just having a good time baby.”

Watson, who parted ways with the UFC earlier this year is one of the most beloved figures in mixed martial arts.  Shortly after his departure, the Philadelphia native signed on with Cage Fury Fighting Championshops (CFFC).

“It’s a blessing to still be relevant,” Watson said.

Watson said he was approached by Rob Haydak, CEO of CFFC.

“It allows me not only to be home but to work with my family, stay close to my family, and to stay relevant.”

Watson said he is excited that he gets to do something different that he never did before in his career.

Watson also showed Crist how to do his famed ‘We Rollin’ catchphrase and it was all caught on film.  How did Adam do? 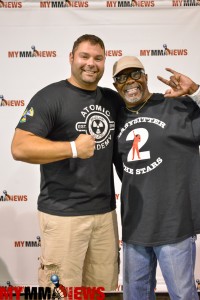 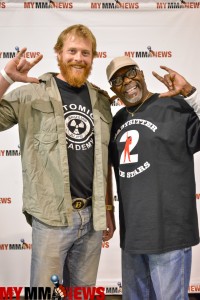 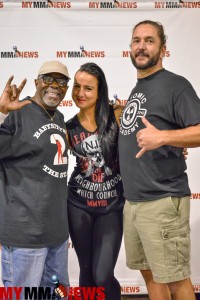 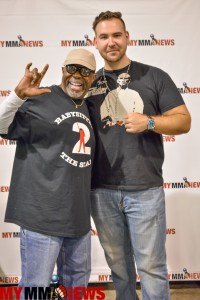 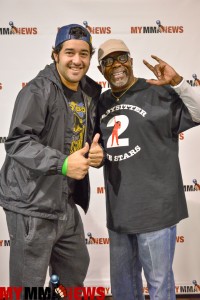