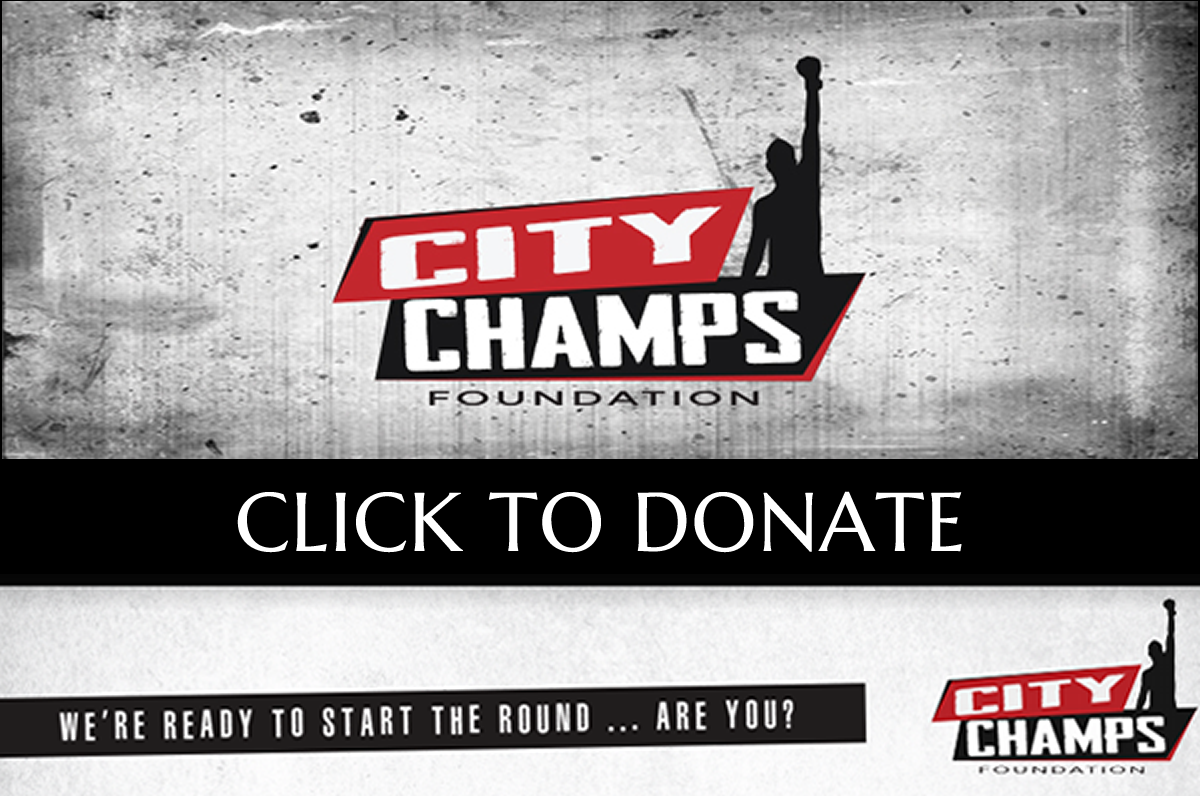 Anecdotal evidence suggests there is a strong link between martial arts and life long success. Beyond fitness benefits, martials arts are praised for instilling leadership, discipline, and mental fortitude. Unlike many other sports it’s a rare blend of individual and team success. You can’t be successful without a solid gym and coaches, however at the end of the day it’s only you in the ring competing.

The dirty secret about martial arts is it’s often very expensive to train. Between monthly memberships fees and equipment costs it’s simply out of reach for many disadvantaged youths. A group that would highly benefit from having a structured, supportive environment.

City Champs founder, Jared Bell, realized many local gyms were already sponsoring youth athletes. However, he realized that if gyms had more funding they would be able to make a greater impact. When asked Jared stated, “Here you have all these top-notch athletes willing to mentor. They want to make a difference. The fact remains though that they need to run a business. They need to be able to afford to keep their doors open.”

Bell began to raise money for youth through boxing, but he wanted to do more. In spite of opposition he started the non-profit City Champs. Bell says he’s grateful for the criticism. “They are showing me what problems they’ve had in the past with similar programs. Now I know what to avoid or what details need to be ironed out.”

Bell’s passion for helping kids is infectious. As a long-standing member of Milwaukee’s MMA, boxing and kickboxing communities he’s managed to turn an idea into an actionable plan. City Champs Foundation is unique in the fact that the money raised goes directly to local gyms to cover kid’s memberships. The gyms offer a discount to City Champs. By helping gyms out with tuition costs Bell’s program is able to get more kids on the matts. This structure allows gyms to not go broke in the pursuit of helping others. City Champs current gym partners are Red Schafer’s Mixed Martial Arts, Pettis Martial Arts and Pura Vida.

City Champs is in infancy stages as a nonprofit but Bell hopes that by creating strong ties between gyms and other local charities that he will create a long lasting, positive community impact. He has reached out to other local charities such as Sixteenth Street Community Health Center and various homeless shelters in order to help find the kids that may have fallen through the cracks. Kids that just need someone to believe in them and a good pair of boxing gloves.