Elias Rodriguez who fights out of Weslaco, Texas is a lightweight prospect with a 5-0 record. Rodriguez will look to move to 6-0 this Friday for South Texas Fighting Championship (STFC) 46. He is set to go against Brazilian Edmilson Freitas (7-2) in the main event for the 155-pound title.

First of all, how did you get into MMA? Any accomplishments in any other sports?
My little brother, current STFC Champion, Michael Rodriguez started MMA and lacked training partners, so I helped him. In my respective area, I was a 4-year letterman for wrestling in High School I won district 4 times. I placed 3x in regionals and placed 6th in state.

Is MMA your full-time job or are you working somewhere else as well?
Aside from MMA, I am also a bookkeeper at a bookkeeping firm.

Can you explain who you train with and how you came across the camp? Also, who are some of your main sparring partners?
I own a gym, Cinco Elite, and train with my team there. I had many changes in regards to who I was to fight. Originally, I was set to fight Luke Flores then Ricky Palacios, so I decided to work my stand up at Amazonas MMA. It is hard to coach and prepare for a fight, and this time I wanted to be fully prepared for my fight, so I trained full time with Amazonas MMA. I train with great guys there like Guilherme Da Costa, Danny Salinas, Leeroy Martinez, and Robert Rodriguez. I am coached by Joe Benavides and Gui.

How is the cut to 155? What is your favorite thing to eat before and after weight cut?
The cut isn’t bad, I start in the 180’s. Normally cut the 20 pounds, 2 weeks out. I have a really good meal plan set and works well. I eventually I want to make the weight to 145. Before weigh-ins, I like to have my Pedialyte and fruit and post weigh-ins pasta and steak.

What has been your favorite memory of your mma career so far?
One week before one of my fights I got injured, and I didn’t want to get it checked. Well after the fight, I went to the doctor and found out I had a broken collar bone and a dislocated shoulder. I went the distance on that fight and got the “w”.

What would be your favorite striking and grappling technique?
I like to chop off the legs. Kimura.

One dream fight, who would you square off with?
GSP

What makes you a different fighter from everyone else?
My faith which gives me the confidence I need to be successful inside and outside the cage.

Where are some locations you’d like to travel to and fight?
Brazil and Europe

Explain what a normal day is like in the life of Eli Rodriguez?
Wake up at 430am to do a women’s cardio kickboxing session at 5 am. Come home send the kids off to school. Go to Amazonas MMA 8 am to 9:30 for training. Work 10 to 4 pm. Come back to train at Amazonas at 4:30 strength and condition. Standup/drilling at 5:30. Rush home to be home with the family before getting in bed by 830.

You’re set to fight for the title this Saturday for STFC 46. How excited are you for fighting for your first ever title?
I am very excited to win the title for my family, especially for my boys who are my biggest fans, and to see what doors that open for me.

You’re fighting Brazilian Edmilson Freitas. What do you think about him as an opponent and how do you see this fight playing out?
I respect Freitas, no bad blood, he is just the guy on the other side of the cage. It’s either him or me. Someone needs to win and I will be the one that does.

What are your goals for 2018?
Win the title. God willingly, catch some attention from a bigger promotion and get signed.

Do you hunt rattlesnakes in Texas?
No. I have killed a couple though. 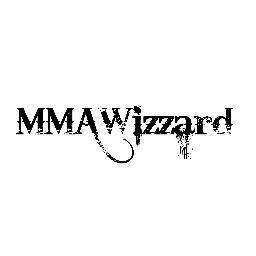