Eliot Marshall is a former UFC light heavyweight MMA fighter and current black belt jiu-jitsu competitor. Eliot was the first American to win titles at IBJJF Pan American tournaments at the blue, purple, and brown belt ranks. He is now the head coach of one of the highest ranked MMA teams in the nation, Elevation Fight Team and the successful owner of his own martial arts training facility.

Judging by that introduction, Eliot “Fire” Marshall has done and is doing pretty well for himself and his family. Though that may be true, for Eliot achieving real success first meant fighting real demons. Not just the ones in the cage. This fight is one of the main focuses of his book “The Gospel of Fire” which speaks to people of all walks of life and hits home for the vast majority of MMA fighters, coaches and athletes.

“I have been through, as we all have, a lot in my life. I have done a lot of suffering and the book shares stories of the worst kind of suffering,” said Eliot. “My grandparents survived the Holocaust. Even though they have passed, I reach back to them for a lot of strength. I know that the “quote un-quote” failure of an MMA career can be very very difficult.”

Not only did Eliot Marshall struggle with the overwhelming pressure of fight life, but he is also half-African American and half-Jewish. He was met with bullying and racism throughout the most impressionable times of his upbringing. Despite the tough battles during his tenure as a UFC fighter, the war was with himself.

Discovering Your Identity Out of the Cage

One topic that rings true for many athletes is identification as “an athlete.” The attachment of the term “fighter” becomes simply who you are; to your fans, to your friends and to yourself . . . But no one can fight forever.

“When you identify solely as only a fighter, you always have your next fight. For a lot of us, that next fight dulls anxiety and depression issues that we are hiding. Then it’s over. You don’t have a next fight. And all those things come screaming at you again.”

To achieve any level of success in athletics requires grueling heart and commitment, typically defined across years and decades of training, injuries and setbacks. 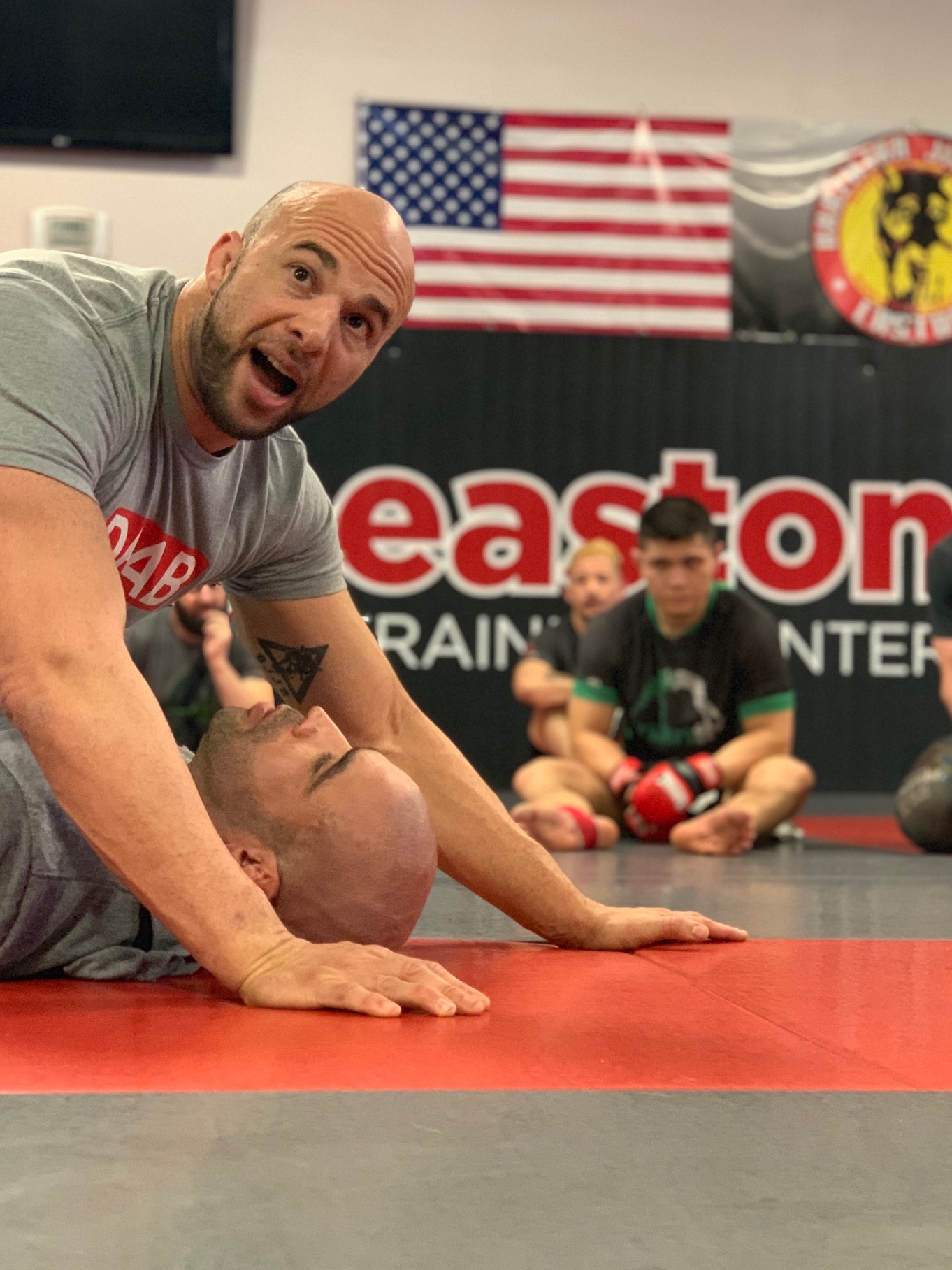 “It is prevalent in the whole professional sports community. What do you do when you play your last game or fight your last fight? What’s different from other sports is that after that last game you might be a millionaire. Not everyone can be Conor McGregor, Georges St-Pierre or Anderson Silva.

Truth be told, even if you made a million and retired at 35 years old, how fast do you think it would go? Especially if you look at your bank account and see million. Ok. Well, I’ll spend $300k this year. Do that every year and you are broke in three years. Everyone thinks this is amazing but it’s not typical for most people in the sport. I didn’t make a million. I might have made a quarter in my career. Divide that up for ten years. That’s $25k a year and I have a family. How’s that for perspective.”

When Eliot was released from the UFC, all his demons that the fight life kept at bay crawled their ugly way to the surface. Despite love and support from his family and friends, issues he had held onto since childhood provoked debilitating anxiety and depression.

“The Gospel of Fire is about how we mitigate suffering for ourselves and the community around us. What do we do after the last fight? You have to enter another kind of fight. A harder fight. The fight is to answer the question; Why do I exist in this world?” Why do we exist what are we here for?”

Eliot found his “why” only after stepping into the fire and embracing it. The book encourages others to do the same and speaks in a way that is true Eliot’s unique voice and raw and real as if he was speaking to his fighters or close friends.

When the Devil Comes to Say Hello

“Walk into the fire. We know where we got go. How do you get better in MMA? Not by watching MMA or thinking about it. Those things can help but we don’t get better until we step into the fire.

It’s hard, it’s the fire. The devil lives deep dark place in your mind. And I believe he is going to come meet us while we sit here and exist. I’m not sure what happens to us after this life. And to be honest, I don’t care. But I know the devil will come to say hello. How do you deal with that when he is sitting right next to you? Learning to deal with that is a skill you have to train for, just like fighting.

I do everything for my kids, and I fail all the time. Just like in fighting. Think about the moves you practice over and over. And you realize that in the fight, the success rate is very low but you have to keep trying.

Live in the present moment. I can’t keep dropping my left hand when I jab. I’ve got to learn how to fix it. I’m going to make a million mistakes and I’ve got to be ok with that in life. Have to be ok that I blew it. When we have personal flaws, we bury them and that’s not ok.” 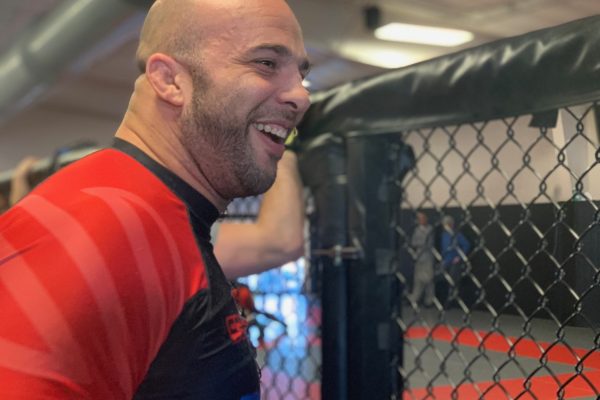 The Gospel of Fire

The book “Gospel of Fire” was inspired by Eliot’s commitment to clearly defining who he is. In doing that, he realized how many others are facing similar struggles and hardships alone. Everyone from his fighters and students, to the cashier at the local coffee shop, and the dog walker down the street is facing something; is walking through the fire.

“I don’t believe in self-help books written by some guru. I’m no guru. I’m just a dude with two kids and a wife. And I want to scream about how similar we are.  What I know we are similar in is suffering. All everyone likes to do is compare their suffering. Who cares? We all have to deal. How do we deal? How do we do this together?”

Learn more about Eliot Marshall and the Gospel of Fire or purchase the book on Amazon in Kindle or paperback.