The storyline surrounding the UFC 270 main event between champion Francis Ngannou and reigning interim champion Ciryl Gane has been that of former teammates turned rivals with an embattled coach in between them. Fernand Lopez was the original coach for Ngannou and had been with him up until late 2019 when Ngannou made the switch to come to live and train in Las Vegas, Nevada and work with Xtreme Couture head coach, Eric Nicksick.

That change would lead up to Ngannou’s title-winning performance over Stipe Miocic at UFC 260, and although the months following his championship victory, the stage has been set for his first title defense which takes place at UFC 270. The narrative in the lead-up to the fight is that of Ngannou’s beginning with Fernand Lopez in France at Power MMA, his eventual move to Xtreme Couture, and the rise of Ngannou’s former teammate turned interim champion, Ciryl Gane.

Although Ngannou would clarify during the fight week press conference that the two were never teammates, that hasn’t stopped old sparring footage from being leaked, Lopez discussing Ngannou and his new coaching staff, and much more drama which has created a Hollywood-esque script to a heavyweight title fight that will take place in Anaheim, California.

Additionally, Ngannou has been in a public spat with the UFC over his contract, as he’ll fight out his current deal at UFC 270, and there’s no definitive answer on his immediate future with the promotion. All of that outside noise could serve as distractions for the heavyweight champion, but with Eric Nicksick in his corner, everything has remained calmed and focused.

Appearing as a guest on ‘On The Mic‘ podcast, Eric Nicksick discussed the UFC 270 title fight for Francis Ngannou, the drama surrounding it, and how he’s following his fighter’s energy and vibes into the Octagon come fight night. Like a true coach would think of, Nicksick told MyMMANews that his first thought surrounding the outside drama did it affect his fighter and if so, then he’d have to put an end to it.

“I think you kind of have to look at both sides of it. Is this something that could affect your fighter, does it make where he’s going to come in emotional and if the answer to that is yes, then I think you have to spend a little bit more time in defusing that stuff, but in this situation the answer has been no. So I haven’t really had to do a whole lot of making him refocus or any like that, his focus has been on defending his title and hasn’t really been on anything else.” 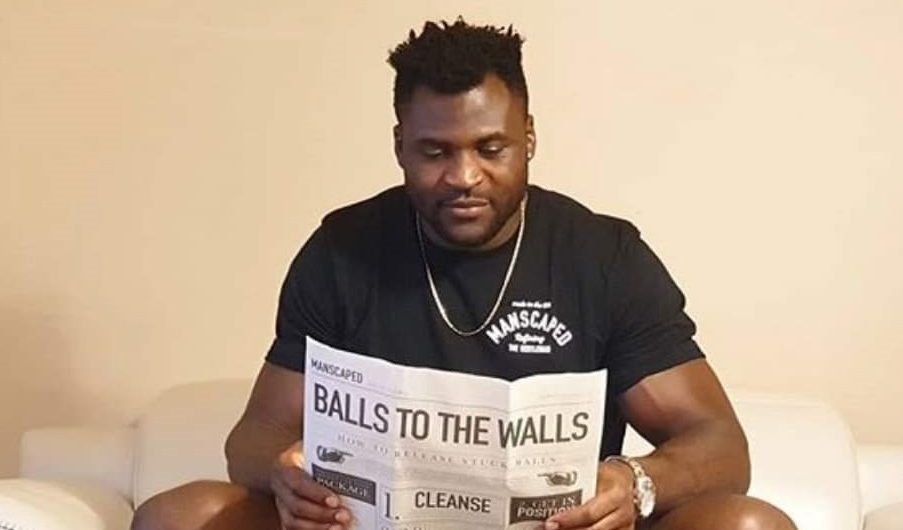 Even with a public contract dispute taking center stage around the future of Francis Ngannou, his coach understands that the UFC has a job to do as a promotion, but he shared optimism that a deal would be reached from both sides.

“For me honestly, this is a situation where I stay in my lane until it becomes in my lane. If this starts to affect the training, if it starts to affect him showing up on time and doing all the right things and that regard, then I have to step in as a coach, but it’s not my lane. I don’t deal with the management side of things, I trust in what they’re doing and their goals and what they see his future is valued at, and I have to sit back and allow that. On a personal level, I hope he gets it worked with the UFC, man.

I hope we stay in the UFC because I know where the competition’s at, I know they’re the best promotion in the world and I want to compete against the bet. I would hate for him to have to leave but they have to do what’s right for him and I trust in their process. I trust in Francis, that’s it. I believe in him and I believe in what he wants to do, I got his back 110%.”

Having familiarity and time spent with his upcoming opponent, Francis Ngannou enters UFC 270 in a unique situation, even inside the Octagon. Although he does not consider himself and Ciryl Gane as former teammates, his coach believes that the champion himself is the best resource of information when it comes to preparation.

“I think he’s the best resource of information that you’re going to get because he’s at least move around with him [Gane]. Take the skillset aside, I think it’s a vibe, it’s a feeling, when you get in there with somebody you kind of know. When I talked to him about it, I was very confident and comfortable with the information that he was sharing with me. There’s a reason why Francis is the champ, I’ll tell you that.”

Having a nickname as “The Predator” seems fitting for a champion who is known for his incredible knockout power, and according to Eric Nicksick, he’s seen first-hand the moment when his fighter turns from Francis Ngannou into “The Apex Predator” and he recalled that moment before a recent fight.

“I understand that he’s the Apex Predator when he gets in there. I’ve seen it, I’ve seen that shit firsthand. When we walked out to go fight Jairzinho [Rozenstruik], Jairzinho’s facing the walkout and Francis is coming down the walkway and they kind of locked eyes and I looked at Jairzinho and that motherf***er was like ‘Aw, I don’t know what the hell I’m getting myself into right now’ I seen that motherf***er break before he even walked in the cage. It’s something else when you get that dude [Ngannou] locked in a cage and you got 4-ounce gloves on him and you’re about to go fight.”

It’s a tale as old as time in professional sports, especially combat sports, the outside distractions can be responsible for an athlete not competing at their highest level, but Nicksick says everything with Francis Ngannou’s mindset is checking the correct boxes ahead of his first title defense.

“I’ll tell you what, I like where Francis’ head is at, I like his vibe, if he feels he’s going to knock this dude out then I trust him.”

Trust, it’s something that likely would’ve helped avoid all the outside drama. If Francis Ngannou had trust with his former team, if the UFC had trust in one of their most marketable champions, the only story would be the heavyweight champion and his team led by Eric Nicksick, facing a Ciryl Gane and his coaching team, with the heavyweight title on the line at UFC 270.