Brandon Moreno looks to capture the interim strap against Kai Kara-France this weekend at UFC 277. You’re having friends over. Beer. Chips. The whole nine yards. But what’s for dinner? You can’t have people over without flexing your grilling acumen and showing all the rival dads that you are king of the pit. So for fight night, we’re going to feast on some delicious Pollo asado tacos in anticipation of Moreno’s big fight, Mexican style for this week’s Fight Night Feasts!

Asado comes from Uruguay where the meat (chicken, pork, beef) is marinated in a brine made from seasoning and chilis then cooked over a fire. It eventually made its way up through South and Central America and up to Mexico where carne asada became a staple. Carne is beef and asada means grilled. Today, we’re going to talk about pollo asado, or grilled chicken.

While I do like beef traditionally, when it comes to Mexican food, I lean chicken. Something in the flavors mixing just does it for me. So to start, we’re going to make our marinade. Here’s what I used to make an authentic Mexican dish:

Some of these ingredients for this recipe might be hard to find in a traditional grocery store. I found my local Mexican grocer and picked up my guajillo chilis and Mexican oregano there in addition to everything else at my local grocer.

With the vinegar and onion, I use an orange and lime to get some bright flavors in that mix, as per tradition. You can buy zest already made but nothing beats fresh orange and lime zest. I shave that down directly into the blender!

To make this marinade, dump everything in the blender and give it a good blend making sure it’s a medium thickness.

To get the maximum flavor, you’ll want to put the chicken in a Ziplock bag and let it sit for 24 hours at least. While you can get away with a couple hours of a marinade, your best flavor profile comes from this marination period.

After you marinate, time to pull them out and put them on the grill. Get the charcoal nice and hot and some hickory wood underneath. Wood fire is important for the chicken if you want an authentic flavor.

Get a good sear on the chicken and get some good grill marks going just to show the neighborhood dads who is King Griller.

Now these are perfect for some tacos. Flour tortillas are what I used but corn are just as good. Slice your chicken and behold the juicy goodness! 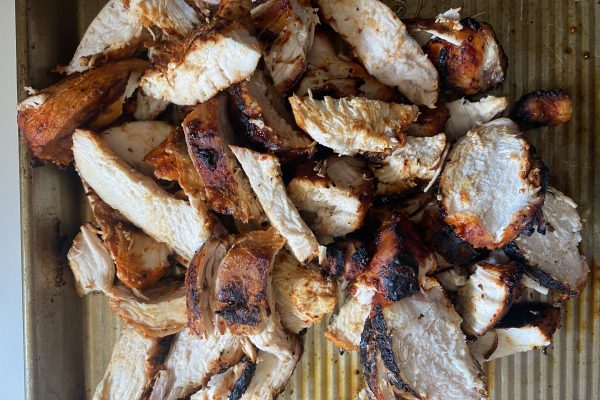 When you’re making your tacos, load it up with pico de gallo, sour cream, cheese, however you like it dressed. 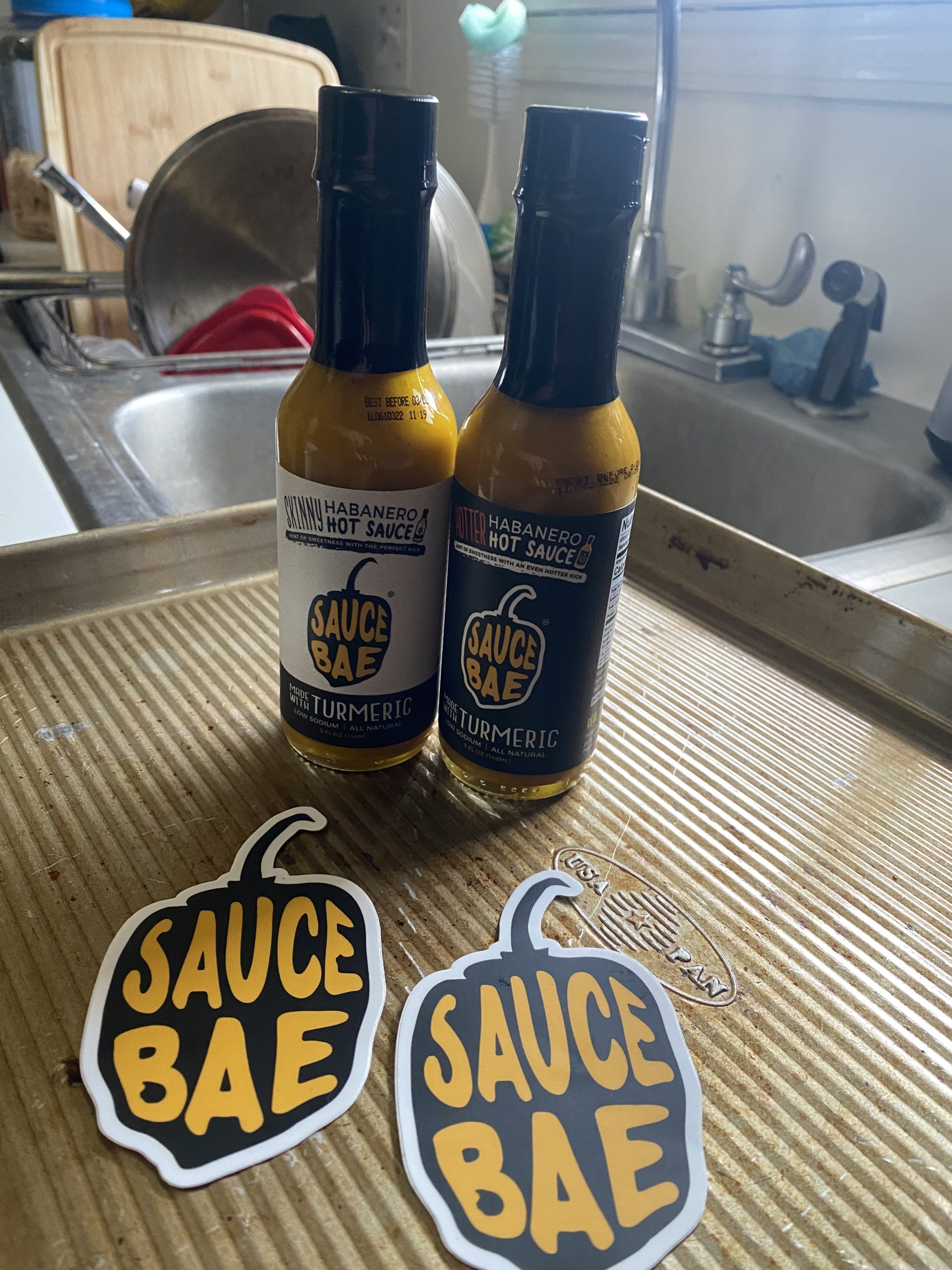 But it’s not quite done. Hot sauce is necessary, required even. For tacos I enjoy a good habanero hot sauce that I feel compliments the pollo asado very well. For this recipe, I grabbed the Sauce Bae Habenero Hot Sauce. Sauce Bae was featured on Hot Ones and is a great sauce I recommend you keep in your arsenal. For my son, I got out the skinny hot sauce because he can’t handle the heat. But for those who like a bite, the hotter bottle (black) gives a great bite without taking over the taco’s flavor and still has a great taste.

These tacos will get your friends thinking you’re a cultural master and fill your stomach while Brandon Moreno gets back his flyweight title. He had some great things to say after trying these tacos: