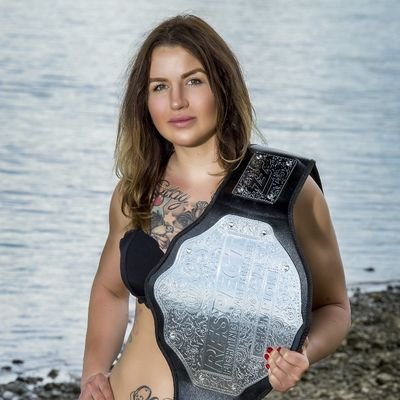 Lehner is 7-0 and will make her second trip to the Invicta cage against the veteran Kaufman who will make her third appearance for Invicta. This bout was originally scheduled for the winter but Lehner needed time off after her win against Gemma Pike in Germany for Hype FC.

Lehner has a lot of respect for Kaufman and her storied career. Kaufman has an impressive record of 19-4 and has fought the who’s who of women’s MMA fighters. Her victories have been against the likes of Miesha Tate, Alexis Davis and Leslie Smith while some of her loses have been against Ronda Rousey, Marloes Coenen and Valentina Schevchenko. The fact that she was facing a pioneer and great fighter in Kaufman actually made Lehner nervous for the fight until she realized how big of an opportunity it was.

“I was a little bit like oh my gosh, I have to fight one of the best girls in the world. But then I thought yes, a great opportunity for me and I am happy of course that now a title fight. “

Lehner has been very successful in her career, made obvious by her record, however she still feels nervous heading into fights.

“I don’t talk a lot on fight day, I get nervous every time.”

But when it comes time to fight, the nerves go away.

“When I step towards the cage, then it’s fine.”

Though this is the biggest fight of her career, Lehner decided to make a few changes to her training camp. She spent about a month training in her home country of Germany and then finished her camp in Albuquerque, New Mexico at Jackson Winklejohn. She has been training with the likes of Holly Holm and Celine Haga among others.

The trip to JacksonWink was her first and it came about because she felt she wasn’t getting enough opportunities to train in Germany.

“In Germany I have to go to work, do my job. There’s not too many opportunities to train with girls.”

Though it was hard for her, as it was the first time she did a training camp alone.

“It’s new for me to be so far away for a long time and to be alone. Normally I go with friends to training in camp in Thailand for example. But I came here along. Everything is good, everyone is friendly and nice here.”

Sarah Kaufman won’t be as nice in the cage on May 4 but Lehner believes she matches up well with her opponent because they are both good strikers and that the fight will stay on the feet.

“I think the fight will be mostly stand up.”

She also believes she will finish the Canadian stand out.

If successful, Lehner knows what she wants next, a spot on UFC’s card in Hamburg this summer.

By Brady Briggs 31 mins ago