With less than a full five days’ notice, Paul Felder who had been out of competition for months and was training for a triathlon in March 2021, accepted a fight against former lightweight champion Rafael dos Anjos last weekend. In the process of it all, Felder cut more than 14-pounds in five days, promised to be the first one on the scale and make weight, he did just that. During fight week, the event saw multiple fights drop off the card due to weight cutting complications and other reasons, and Felder took note of that as well.

While he came up short in his main event fight against RDA, Felder did so much more for himself as a fighter and person inside the sport, inside the UFC, and to anyone and everyone needing motivation in life. In the crazy year that is 2020, Paul Felder came out of nowhere to save a UFC event, and when no one knew what to expect inside the Octagon, “The Irish Dragon” delivered 25 minutes of hell to his opponent.

Even more importantly, during the lead-up to the fight, a backstage video went viral of Felder talking about his father who passed away in 2017 from pancreatic cancer, and why taking a fight on such short-notice against RDA is something he wished his father was there for. Honoring those who matter to us even after they’re gone is such an important thing to do, especially in the year 2020 with COVID-19 changing nearly everyone’s life in some form.

In a powerful behind-the-scenes moment, @felderpaul reflected on his father, who died from pancreatic cancer in 2017.

Following the fight against dos Anjos, Felder delivered another memorable on-camera moment when he not only told everyone that retirement is no longer in consideration, but took aim at the fighters who missed weight and were pulled from the card, for their lack of professionalism, while acknowledging his own.

Not only does the UFC, or Mixed Martial Arts need Paul Felder, but the world in the year 2020 needs Paul Felder.

If going through all of fight week and quite possibly coming out stronger as a person and fighter after the loss wasn’t enough, Felder deserves even more respect as he prepares to return to work, just three days later. As a regular color commentator on Dana White’s Contender Series, Felder will be returning just days after his five-round war against RDA, and sends a clear message to every single person in and outside of the fight game: Keep Moving Forward.

Felder could’ve walked away after saving a UFC card and coming up short, he could’ve taken time off of broadcasting after a 25-minute war, and when he thought his career was on the shelf, but he’s always just kept moving forward. Through tragedy, through hardships, and when it seemed like no one else was willing to do something, Paul Felder has done it.

As he gets ready to call the next wave of possible UFC fighters on Tuesday night for Contender Series, Paul Felder shouldn’t just be recognized as a commentator or active fighter, but he should be praised as a symbol to not only how professional fighters should go about their careers, but how each and every person facing adversity should handle it. Let us not forget, Felder is the same man who left the broadcast booth to corner his good friend Jared Gordon earlier this summer after Gordon lost his team of coaches due to COVID-19. Felder could’ve stayed on task, the UFC could’ve said no, but Felder yet again, set another example for how to be a teammate, a friend, and a professional all at the same time.

A guy who welcomes adversity, violence, and all difficult tasks ahead of him, Paul Felder is not just another fighter, not just another contender, and moving forward, that should be recognized and he has earned the utmost respect from everyone who follows him and the world of combat sports. 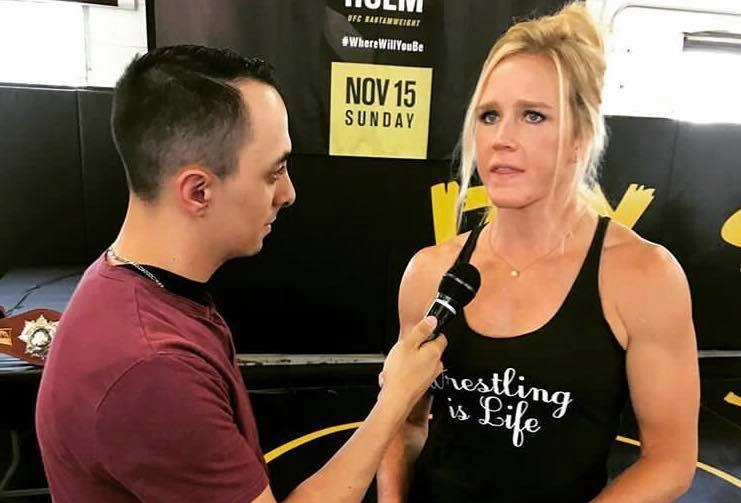 By Lenny March 35 seconds ago