With 2021 in the rearview mirror and the UFC’s 2022 year is set to begin in a few weeks, I decided to predict who will hold UFC titles at the end of the year, which is something I did last year.

Here are my predictions on who is a UFC champ at the end of 2022.

I went with Figueiredo last year which obviously didn’t happen as Brandon Moreno pulled off the upset and submitted Figueredo in June.

Although Figueiredo and Moreno are set for their trilogy, which is a toss-up for me, I think whoever wins that fight loses to Askarov later this year. Askarov is set to face Kai Kara-France in March which I expect him to win and will get the title shot in the fall or winter of 2022 where he will beat the winner of Moreno-Figueiredo 3.

I was one of few who expected TJ Dillashaw to prove he is among the bantamweight elite and although he isn’t the champion, I’m not mad at the pick. The UFC’s bantamweight division was a mess in 2021 due to Aljamain Sterling winning the belt in March by DQ and then not defending. Dillashaw also got hurt so he wasn’t able to fight for the belt.

This year, I’m confident Yan defeats Sterling in the rematch and then defeats Dillashaw later on in the year to defend his belt. Dillashaw has the capability of beating Yan, but after seeing the Russian beat Sandhagen with ease, I think he’s going to be the champ for the foreseeable future. 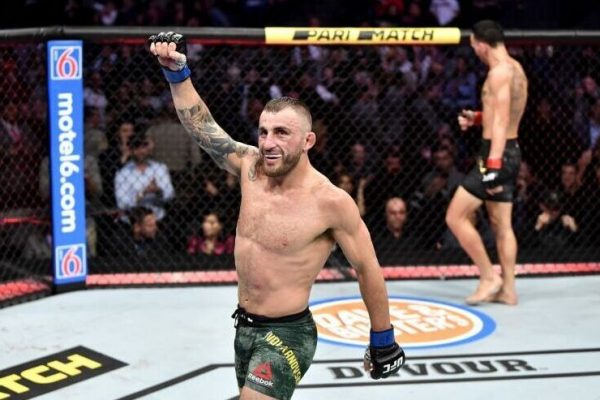 I wrote last year it is time to put some respect on Alex Volkanovski’s name and I think the same thing can be said this year. Volkanovski only had the one title defense and although many think Max Holloway beat him in the rematch, he has proven he is the best featherweight alive.

I expect Volkanovski to beat Holloway again in the trilogy and then defend the belt one more time in 2022 against someone like Giga Chikadze, Josh Emmett, or Yair Rodriguez to remain the UFC featherweight champ.

Last year’s pick might be the worse I did but I thought McGregor would beat Dustin Poirier in January and would then get thrown into a favorable matchup for the belt so the UFC could market him as the champ once again.

This year, however, I expect whoever wins between Charles Oliveira vs. Justin Gaethje to lose to Islam Makhachev in November or December. Makhachev is the real deal and will follow Khabib Nurmagomedov’s footsteps in becoming the UFC’s lightweight champion.

Although I thought Kamaru Usman would still be the champion, I didn’t expect him to go 3-0 in 2021.

This year, I think Usman will be much less active as I think he only fights once in 2022 where he will beat Leon Edwards or Vicente Luque. Usman wants to spend time with his family and I expect him to fight in July or August in his only appearance in 2022, which also could serve as the final fight of his career. 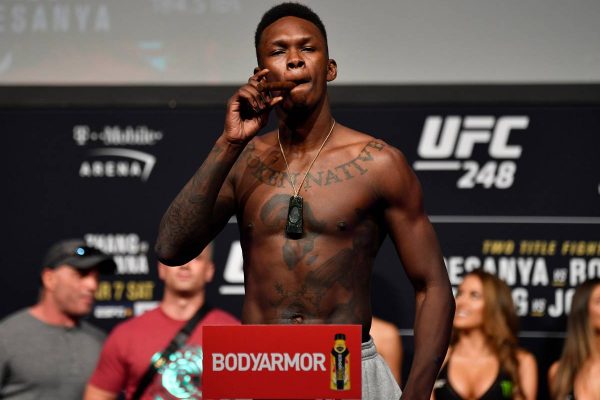 I’m not getting off the Israel Adesanya bandwagon anytime soon.

To me, the only way Adesanya doesn’t hold the middleweight title this time next year is if he vacates the belt to move up to light heavyweight full-time. Adesanya is a step-up above everyone at middleweight as I expect him to beat Robert Whittaker in the rematch once again and then defend the belt against the Cannonier-Brunson winner in late summer, early fall to go 2-0 in 2022 to remain the champ.

I thought Adesanya would beat Jan Blachowicz in March and then not fight at 205lbs again which left him as the champ-champ which obviously didn’t happen.

This year, I believe Jiri Prochazka will beat Glover Teixeira to become the new champion and will defend his belt once with a victory over Aleksandar Rakic near the end of 2022. 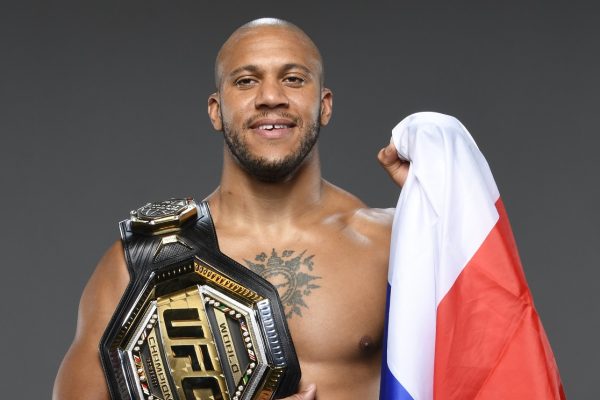 I bought into the hype that Jon Jones would fight at heavyweight and would become the champ but I’m not doing that again this year. Instead, I’m all in on the Ciryl Gane hype train as I believe he beats Francis Ngannou in January and defends his belt one more time, possibly against Jones or Miocic, but he is too technical for everyone at heavyweight and will be the champ for quite some time.

I actually thought Namajunas would beat Zhang in the first fight, but I expected Zhang to reclaim the belt by year’s end, which didn’t happen, although it was close.

This year, I do like Namjaunas to defeat Carla Esparza and then beat the winner of Marina Rodriguez-Yan Xiaonan to remain the strawweight queen.

Same thing as I wrote last year: This is obvious. Until I see someone in the UFC beat Shevchenko at 125lbs, I won’t pick against her. 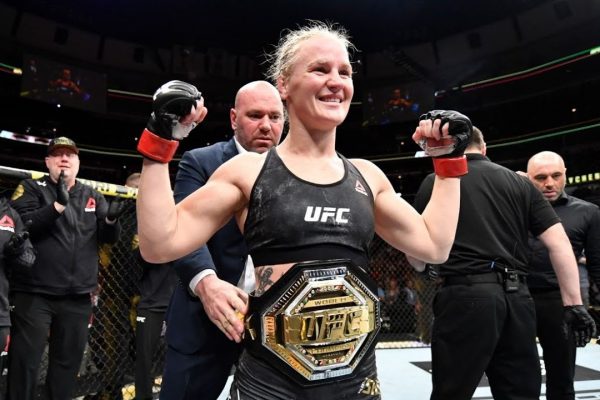 I for one did not see Amanda Nunes losing at 135lbs until Shevchenko moved up again and I believe 2022 is the year Shevchenko will become a champ-champ.

Shevchenko doesn’t have many options at 125lbs so I expect her to face the winner of Pena-Nunes 2 late in 2022 where she will win that fight and become the latest champ-champ.

My prediction for 2022 is there won’t be a featherweight title defense so Amanda Nunes remains the champ by default unless the division gets folded.