19-year-old Rienel Bronilla of Team KFA may be new to competing in MMA, however, he is determined to make a name for himself in the fastest growing sport in the U.K.

Bronilla previously competed in a couple of Muay Thai bouts before transitioning over to full MMA proving he was capable of dealing with the pressures of competition.

Three years Bronilla has trained MMA with Mark Hobbs at Team KFA earning himself a blue belt in BJJ in the process. Earning this belt gave the youngster the drive to become a name in the MMA  world.

Only a month after turning 18-years-old, Bronilla found himself facing his first opponent under MMA rules.

Bronilla came out strong in the first round cutting his opponent with two perfectly times crosses. Bronilla explained he ‘saw blood’ and rushed in to finish. Unfortunately Bronilla was unable to finish the fight leaving him feeling gassed out. Even though Bronilla won the first round, the following two rounds were very close eventually leading to Bronilla losing via unanimous decision.

Bronilla explained how he has learned from this experience and will look to stay more composed in the early on and take his time to pick his shots. He seems unfazed by this loss and if anything made him more determined to succeed in his dream.

“I want to do this, I want people to know who I am and I want to make my mark on the MMA scene!” 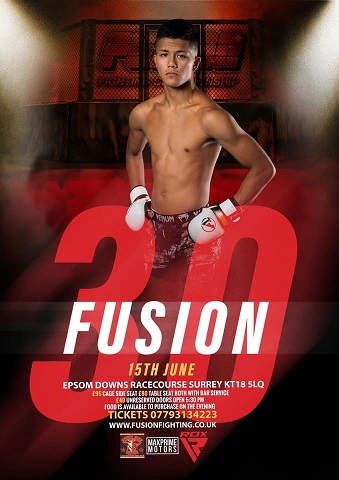