Light Heavyweight Tee Cummins initially began his relationship with martial arts as a long-time fan. He spent several years as a powerlifter, something he continues to do to this day, before deciding to compete in MMA. The Memphis native had a curious approach to the sport with the mentality of  “Hey, I want to try this and see how I do.”

Cummins had been a competitor in various sports for most of his life and felt he would fare well in the sport.

He admits the transition into MMA wasn’t a smooth one at first, stating “Learning everything from scratch was very challenging while trying to acclimate my body to the new style of training as well as taking fights to gain experience before turning pro.”

Though Cummins had been a fan for almost a decade before trying it, up until that point had only had experience from a spectator standpoint. Nevertheless he persisted and continued competing, becoming a fan-favorite in the area. Cummins would go on to see rapid development in between fights and decided to turn pro after eight bouts.

Even though he competes at light heavyweight his first two fights have been at heavyweight and both ended as finishes within the first round.  Cummins is interested in competing anywhere from 195-205 for the time being but hopes to make the move to middleweight down the road. After having to pull out of his third professional fight in March due to injury, he was hoping to return to the cage in May but due to the pandemic had to wait. In the meantime he is trying to stay in the best shape possible and is considering doing a powerlifting competition to stay busy until he can fight again.

Cummins finds himself inspired most by the underdogs of the sport, who persevere both in and out of the cage. He hopes to use his platform to inspire people to pursue their dreams and set a good example for his two children to never give up, no matter the circumstances. While the light heavyweight stand out hopes to eventually make it to a big promotion like Bellator or UFC and financially provide for his family with something he’s passionate about, he says at the end of the day he’s just grateful to be able to set an example as a father, stating “My motivation at the end of the day are my children, so me even beginning the sport was  about going after something I had always wanted and providing that example for them. I thank God that I was given the opportunity to do that.”

Even though his plans are at a stand still for the time being, Cummins plans on moving full speed ahead when fights resume again and make a statement in his much-anticipated return to the cage. 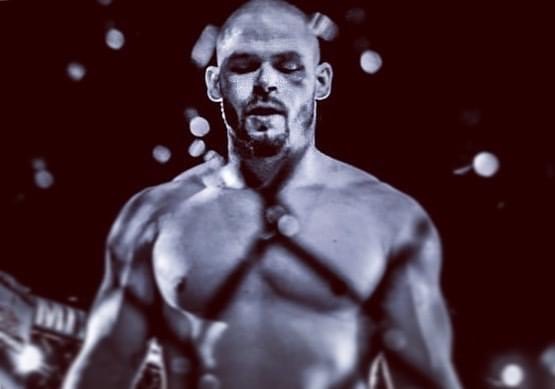