On October 22, the Ultimate Fighting Championship will hold UFC 280 from Etihad Arena in Abu Dhabi, Dubai, United Arab Emirates.  MyMMANews.com will have your UFC 280 results below

The pay-per-view event features two title fights and preliminary bouts will start early at 10am ET on Saturday.

In the main event, former UFC lightweight champion Charles Oliveira will look to reclaim gold as he fights for the vacant title against rising star Islam Makhachev.

Yesterday, UFC featherweight champion Alexader Volkanovski successfully weighed in at 155-pounds and will serve as a backup for the main event.

Order and watch UFC 280 by clicking the image below: 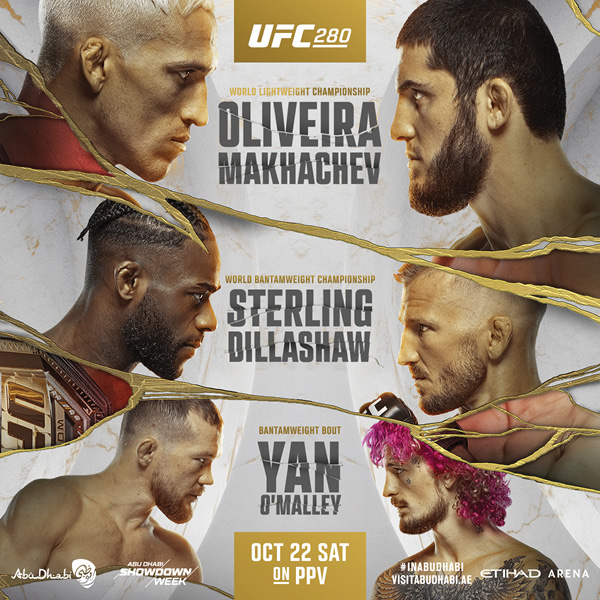