A frightening situation has developed down in Rio de Janeiro, Brazil involving several UFC employees. According to Brett Okamoto of ESPN who spoke to UFC President Dana White, several employees and people involved with UFC 224 were held up at gunpoint late Thursday night in Brazil.

According to Okamoto, the UFC employees were held up at gunpoint on a beach close to the hotel where everyone is staying for UFC 224, and police are now involved and reviewing security footage. 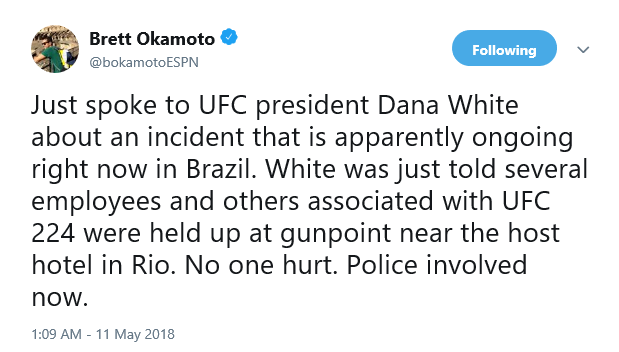 Okamoto added that there is no word of any fighters being involved in the situation, but from what was said, it all sounded to be a very scary situation. 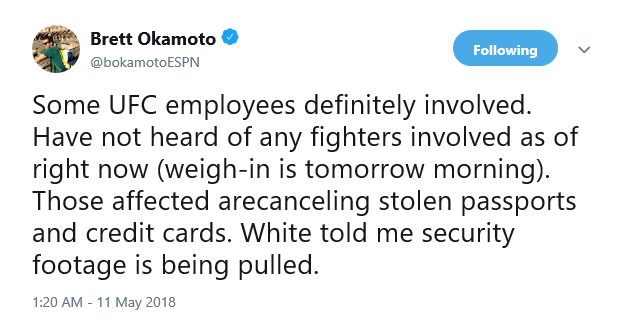 More to come on this developing situation as more information becomes available.

UPDATE: Per a report from TMZ, SuckerPunch Entertainment’s Brian Butler-Au was one of the victims. Butler-Au said, “This guy walked up beside me … he pulled out this handgun that had an extended magazine on it, put it up in my face and then he grabbed my phone.”

Butler-Au is manager to Brian Kelleher who fights on the card.  His SuckerPunch Entertainment stable includes more than 100 fighters to include UFC featherweight champion Max Holloway.