“UFC is aware of the situation involving Anthony Johnson. We take these matters seriously and have commenced a formal investigation by a third-party law firm. We will act accordingly once we gather more information.”

The above is the statement released by the UFC since Johnson posted this statement online. 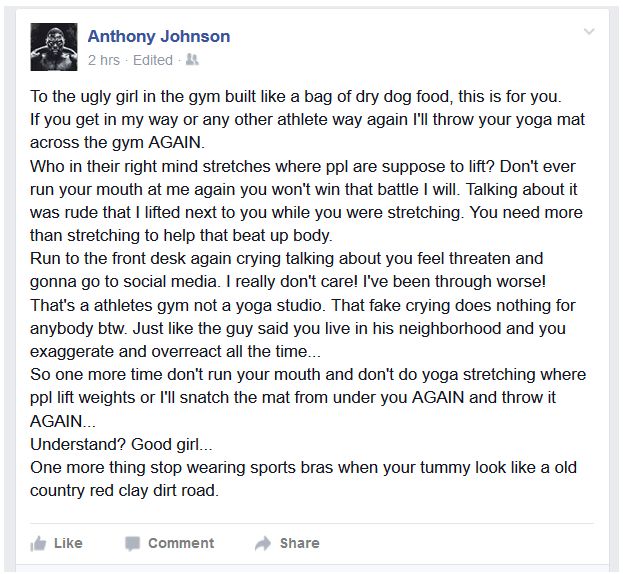 Johnson has sinced apologized for the incident.

“I’m man enough to admit when I’m wrong and yesterday I was absolutely wrong.”

“I shouldn’t have gotten that upset from the start but I did, I mean I’m human. I said some pretty nasty things about a female from my gym while full of emotions (not a good idea) so I do wanna apologize to her for being rude as I was and not taking a break to relax after our argument.

“Sorry to everyone else too for having to witness me getting upset about a argument in the gym. I’m not going to sugarcoat it and make it seem like I’m a angel because I’m not but I will admit when I’m wrong. Other than that I hope everybody has a awesome day.”

By Cole Shelton 16 mins ago